Samsung is preparing to yet again revamp its TouchWIZ UI. The new interface will likely debut with the upcoming Galaxy S5, boasting a number of elements from the recently unveiled PRO tablets. And what you can see here is how that new UI will look like on a smaller screen, thanks to the ever-savvy folks of EVleaks.

It’s obvious Samsung wants to expand on its “life companion” paradigm by including elements of Google Now in its software. The search giant doesn’t let third parties tap into Google Now so we’re guessing the Korean company is starting from a clean slate. Then again, it already has a number of services and may team-up with select companies to present users with relevant information right on their homescreens.

Presented in the form of cards, users will be able to quickly access such information as flight status, fitness/activity information, current location, text messages, sport scores, biking/cycling data, and delivery tracking details. Add S Voice to the mix, and you get a real Google Now and Siri competitor. Plus, we have no trouble imagining a similar interface residing on top of upcoming Tizen smartphones, which should finally be launched this year. More to come, obviously. 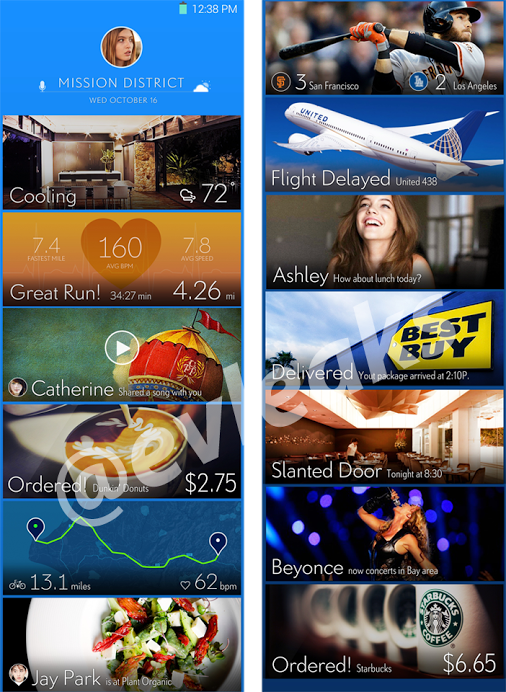