NVIDIA’s awesome Tegra NOTE 7 tablet platform has just gotten a big upgrade. NVIDIA has added its i500 LTE modem to the device, which will allow the Tegra NOTE 7 to connect to LTE and HSPA+ data networks around the globe. The Tegra NOTE 7 with LTE will be available in the second quarter, and will be priced at $299 worldwide.

NVIDIA’s Tegra NOTE 7 tablet family has just been updated to the latest version of Android, Android 4.4.2 KitKat. The tablet line has also received NVIDIA’s Gamepad Mapper, which first appeared on the NVIDIA Shield. It’s now available on all Tegra NOTE 7 tablets, allowing for users to play their favorite games with a bluetooth controller. 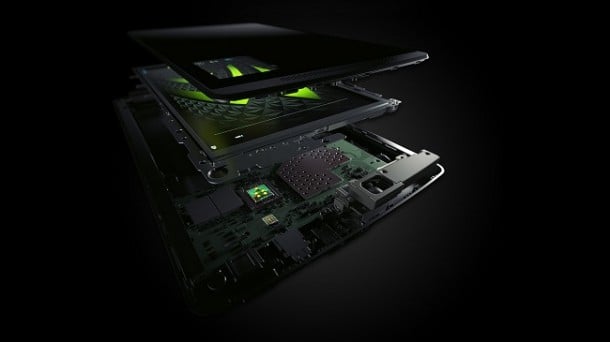 Our Tegra NOTE 7 is getting a new family member – one that comes with great connections.

We’re adding our i500 LTE modem – and its 4G LTE cellular connection – to the world’s fastest 7-inch Android tablet.

We’re also expanding the Tegra NOTE 7’s availability, bringing it over the next few months to Germany, France, Brazil, and Ukraine.

The Tegra NOTE 7 serves up a bundle of cutting-edge mobile technologies – including one of the world’s fastest processors, Tegra 4, a superb stylus, exceptional audio, Android 4.4.2 (KitKat), and, of course, great NVIDIA gaming. And that’s at a starting price of just $199.

Now, we’re added lightning-fast mobile data to the mix. Tegra NOTE 7 is available with LTE and HSPA+ mobile connectivity, and it can operate on popular carriers across the world.

With cellular connectivity, consumers can now get access to the web, check out maps and play videos anywhere they go by purchasing a minimum data plan from many carriers.

The Tegra NOTE 7 LTE’s worldwide connectivity is provided by our cellular LTE modem chipset, the fifth-gen NVIDIA i500 processor. i500 leverages a unique software-defined radio technology – meaning it can deliver new capabilities via software without requiring an entirely new chipset. Another big plus is higher efficiency – it’s only 40 percent the size of conventional modems but has 4x the processing capability of its predecessor.

The entire Tegra NOTE 7 family also received an over-the-air update that upgraded the operating system to Android 4.4.2 (Kit Kat), which includes support for Gamepad Mapper. Introduced first for our SHIELD portable gaming and entertainment device, Gamepad Mapper turns touch-based Android games into ones that can be enjoyed with the physical controls of a Bluetooth controller.

Look for the Tegra NOTE 7 LTE starting at $299 from partners worldwide* starting in the second quarter.

The Tegra NOTE 7 family will be available in the following regions:

EVGA Tegra Note 7 KitKat update rolling out as we speak

Good news for owners of EVGA's Tegra Note 7 - the latest (and greatest) Android version is coming your way....