After the Moto G, Motorola is preparing to launch another low-cost handset. It is said that the upcoming Moto E will debut in Mexico with other markets in the region (Latin America) getting it soon afterwards.

The story goes on suggesting the phone will be announced with a price tag of $230 off-contract. That cash will get users a decent low-to-mid range device with a 720p HD screen (with a 4.3-inch diagonal most likely), 1.2Ghz dual-core processor, 1GB of RAM, 5-megapixel camera, 1,900 mAh battery and 4GB of expandable storage. All this will be packed into a super-slim body measuring just 6mm. That’s an amazing feat and we’re wondering whether Motorola should’ve opted for a different name – Moto R as in RAZR.

Anyhow, we should get all details in the next few weeks when the Moto E is officially announced. Stay tuned… 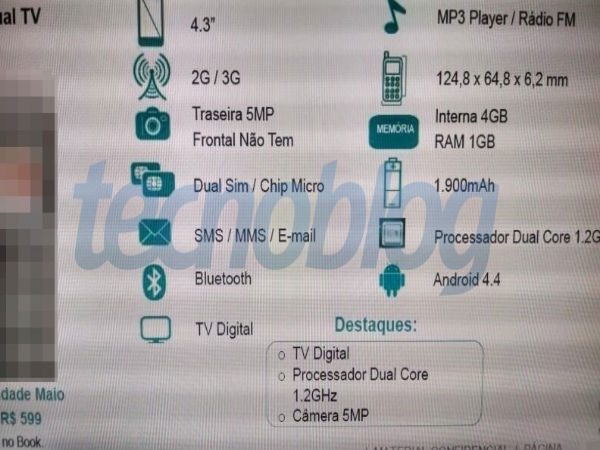