For one reason or another, luxury phone makers launch devices with mediocre specs, to say the least. Their thinking gotta be that folks buying these devices are all about showing off and they don’t really need that many features – texting & calling is enough for these users.

Vertu is about to change that with its upcoming phone codenamed “Signature Touch RM-980V.” That device has been caught at AnTuTu from where we get to learn about its internals — this unit will boast Qualcomm Snapdragon 800 clocked at 2.3GHz, full HD (1080 x 1920 pixels) screen, 2GB of RAM and 16GB of internal storage. In addition, Vertu’s baby will also pack a pair of cameras, 13-megapixel one on the back and 2-megapixel front-facing camera. Android 4.4.2 KitKat will run the show right from the get-go.

Considering this would be a pricey handset, we would love it even more to rock Snapdragon 801 or, even better, Snapdragon 805. Perhaps that would be too much to ask from rather slow-moving Vertu. Or not – after all, the Signature Touch will likely cost north of 2,000 EUR, perhaps even more. Anyway, it’s not like any of us at IntoMobile will be buying one of these… 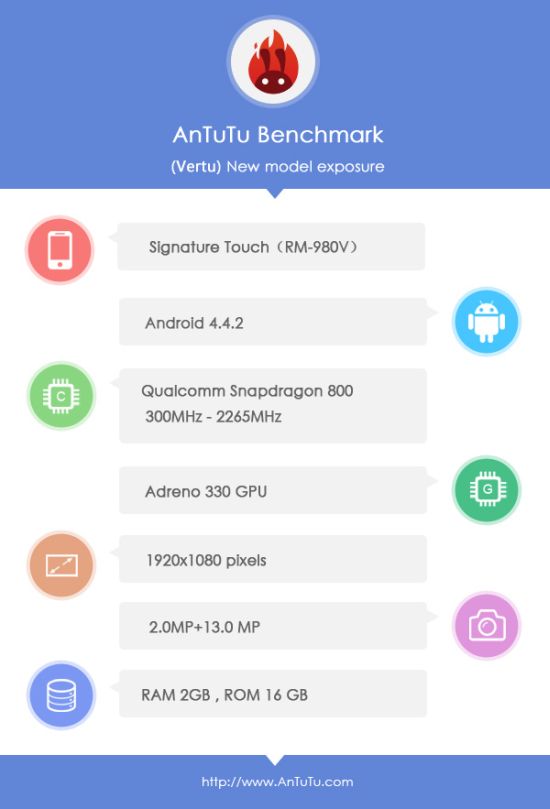