Microsoft will join the smart watch market later this year, as we’ve previously reported. The Redmond giant has been filing for patents left and right to prepare an adequate IP portfolio, and eventually prevent others from using its technology. Or at least make some money when third parties decide to use it [technology].

Recently, WMpoweruser has caught two of the newer Microsoft patents that explore how Windows maker could make its devices different from the rest of the pack.

One patent is for “Discreetly Displaying Contextually Relevant Information on a display device,” with a smart watch being used on most occasions to show notifications and GPS navigation beamed from a smartphone to one’s wrist.

Another patent describes “Dynamic User Interfaces Adapted to Inferred User Contexts.” The filing explains how Microsoft would use sensors such as accelerometer, GPS and microphone to automatically identify when users are sitting quietly, driving or jogging, and adapt the information presented in the UI accordingly.

We can’t help but notice that both patents describe some of the things Android Wear devices can already do and are wondering whether Microsoft will end-up picking up the royalties from vendors making these [Android Wear] smart watches. For what it matters, we have a similar situation with Android smartphones.

Meanwhile, we know Apple is also building its patent pool, as it’s gearing toward the iWatch launch. 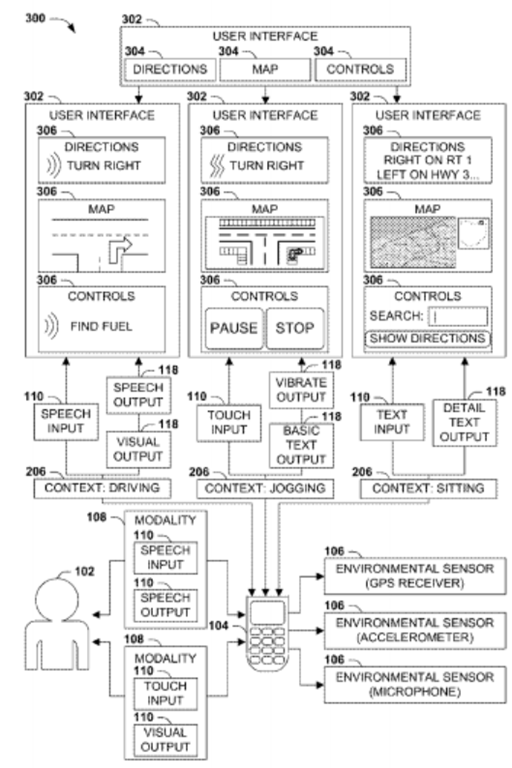