The earlier leaked LG G3 Prime is about to hit LG’s home market of South Korea, sporting a faster Qualcomm Snapdragon 805 chip rather than 801 which is found in the current G3. In addition, we would also expect it to boast an additional gig of RAM (for a total of 3GB) as well as support for faster Cat.6 LTE-A connectivity.

Rest of the specs will reportedly stay unchanged and include a 5.5-inch QHD screen, 13-megapixel camera with Optical Image Stabilization, front-facing camera, and all other bells and whistles we came to expect from high-end Android devices.

Lucky Koreans can already pre-order their units, though at the moment it’s unclear when they’ll actually receive the phones. Chances are we’re talking about just a few weeks here, but you never know.

As for the rest of us, we’ll have to “settle” with what we have, and that’s a Snapdragon 801-powered LG G3. Not sure why LG is doing this; do they want to piss their customers in the West?

On the other hand, Samsung did the same thing, having launched a much better version of the Galaxy S5 in Korea. 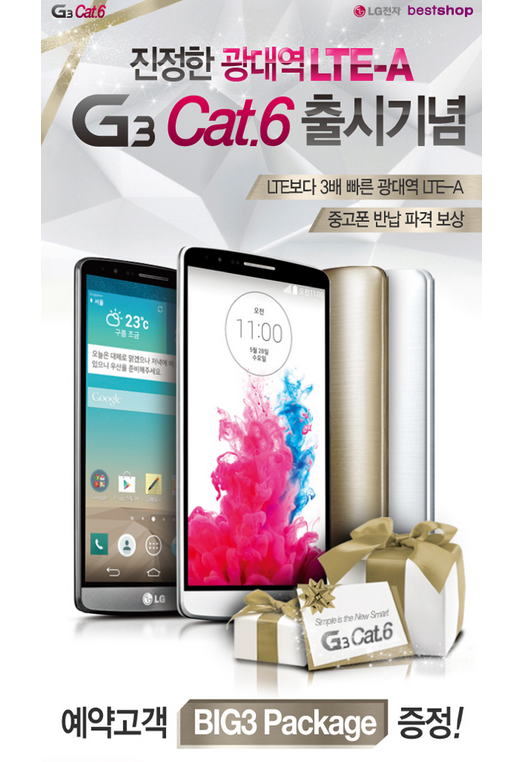 LG G3 now available for purchase from Sprint for $199

The LG G3 is now available for order from Sprint for $199.99 with a two-year service agreement. Orders can now...