Rumors of an upcoming SHIELD tablet look to be true, thanks to a massive leak today. VideoCardz got ahold of what looks to be an extensive slide slow for the NVIDIA SHIELD tablet, chock full of shots of the device and accompanying controller, a full spec sheet and even a look at the build of the beefy tablet. It’s not just one blurry pic, folks. This my friends is the whole enchilada. And boy does it look delicious!

The SHIELD tablet is a monster of a device, touting NVIDIA’s K1 SoC, 2GB of RAM, an 8-inch 1080p IPS display with Direct Stylus 2 support, and storage of 16GB in the Wi-Fi-only model or 32GB of internal storage in the LTE version. Both tout a microSD for storage expansion. The SHIELD tablet will have its own special controller which will retail for $60.

The SHIELD tablet owes much of its design to the Tegra Note 7, featuring front-facing speakers and general design of NVIDIA’s tablet. The wireless controller looks just like the SHIELD’s, and features Wi-Fi direct tech, a stereo headphone jack and is compatible with the NVIDIA SHIELD as well as the SHIELD tablet.

Sounds like this guy’ll be a little expensive, right? Not really. The SHIELD tablet will debut with a price point of $300, with the wireless controller running $60. Not too bad if you’re a serious Android gamer who hasn’t purchased a SHIELD yet. Than again, at around $360 for the whole shabang, you may be better off buying a PS4 or Xbox One for just $30 more.

The SHIELD tablet is expected to be announced on July 22nd, with sales beginning July 29th in the U.S. and Canada. European sales could begin as early as August 14th. 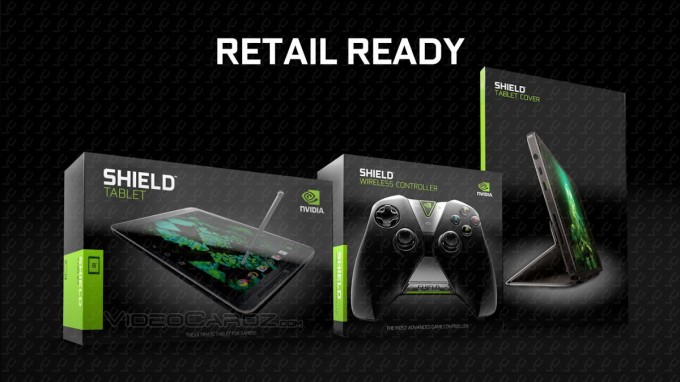 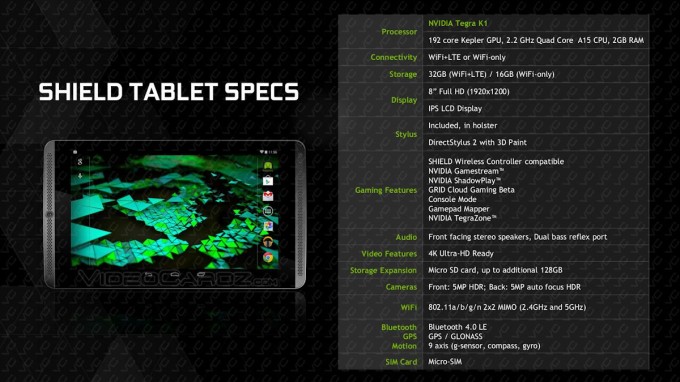 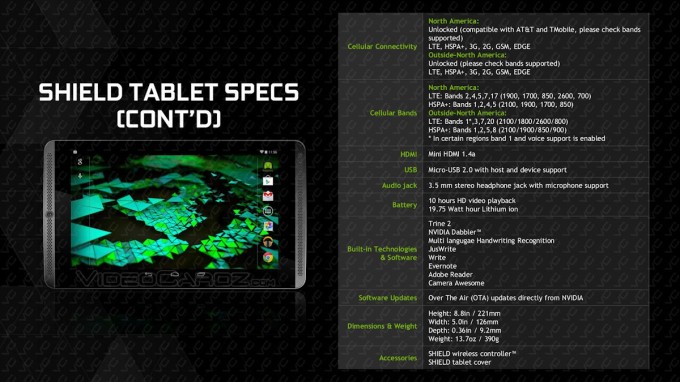 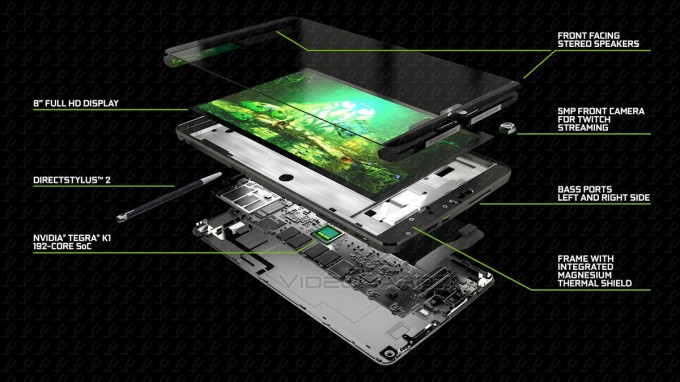 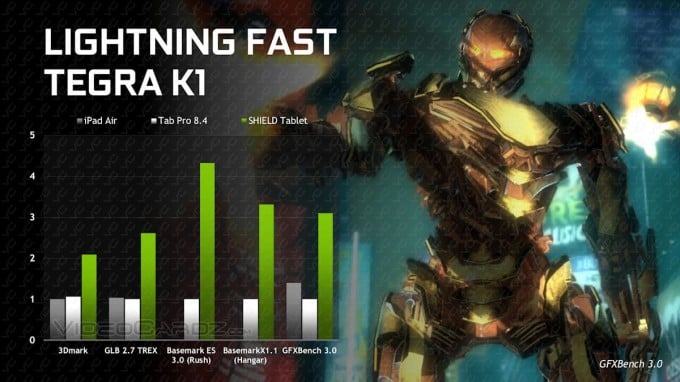 Apple has been keeping a tight lip about the iPhone 6, but that hasn't stopped a torrent of leaks and...