Gionee Elife S5.1 is still the world’s thinnest smartphone, but it may not keep that title for long. We’ve heard that Oppo is working on a 4mm-thin handset that could steel Gionee’s laurels (it has been just announced), and now a new rumor suggests Vivo is looking to join the race with — drums please — a 3.8mm-thin phone.

The images you can see here have recently popped-up on China’s social network Weibo, apparently showing Vivo’s upcoming device next to the iPhone 5S. Apple’s last year’s flagship has a 7.6mm-thin body which makes it twice as thick as this Vivo device.

We gotta ask how Vivo managed to do this and what kind of compromises we should expect. For one thing, we don’t think a device as ridiculously thin as this one could hold a massive battery. Likewise, we’re not looking at high-end specs under the hood; but those that would make this phone fit in the mid-range of the market.

Also related is how tough this Vivo phone will be. Remember the iPhone 6 Plus #bandgate? One could easily imagine something similar happening with this sort of device. The Chinese firm could opt to use some fancy material like aerospace-grade lithium-aluminum, which is reportedly as strong as stainless steel, while having one third of its density. That would definitely “affect” the price, but then again any device this unique gotta come with a premium price tag. We’re just hoping that if Vivo manages to pull this off, it makes the phone available all around the world. We’ll see how that goes… 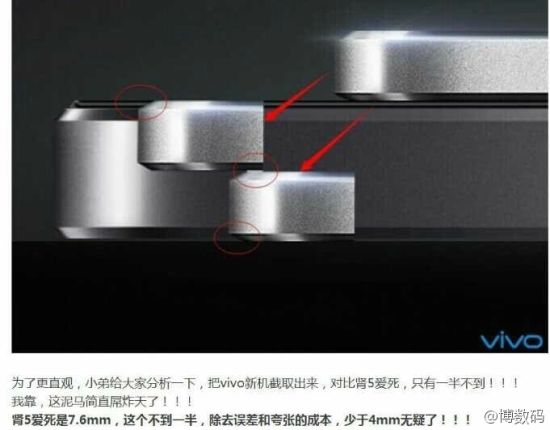 Asus seems in the midst of exploring the latest version of Android with plans to launch firmware updates for its...