When you think of a BlackBerry, you probably don’t think of an all touchscreen device, instead, you think of a Curve or Bold to buy. The company formerly known as Research in Motion (RIM) went back to its roots, with the release of its latest QWERTY handset. The Q10 has taken a long time to fully roll out to major carriers in the states, as AT&T recently began offering the device on June 21st. I’m not going to be cruel and hammer BlackBerry for making a portrait-QWERTY phone, because hey, someone has to do it, right?

But what I will say is the Canadian phone maker is playing to a smaller group of buyers by keeping this kind of form factor alive. The truth is, full-touch screen smartphones have all but cannibalized this niche handset market. The amount of ground that BlackBerry has lost to Apple’s iPhone and Samsung’s Galaxy S brand is stark.

However, the ones that have remained loyal to this classic form factor need to know if the Q10 is for them, and if it’s enough for them not to make the jump to the iPhone or Galaxy S 4.

To see a phone carry such a distinct feature like a portrait-QWERTY is rare, especially in today’s times. It is the successor to the Bold 9900; a device I felt was beautifully designed. The Q10’s 119.6 x 66.8mm dimensions actually wedges in somewhere between both the Z10 and 9900. Breaking the measurements down even further, I found the Q10's 10.35mm thickness is one full millimeter thicker than the Z10 that came before and just fractionally thinner than the 9900.

The U.S. version of the Q10 is powered with a 1.5GHz Qualcomm Snapdragon S4, and backed up by a 2GB of RAM. Stationed above the keyboard is a square 3.1-inch, 720 x 720 Super AMOLED display that makes watching 16:9 video content a bit of a drag. However, this wasn’t too big of a deal, as it wasn't the biggest issue I had with the display. Placement of the screen is a problem. I constantly found myself having to swipe up a second time to successfully get home, this is due to the screen being too close to the keyboard.

The Q10 also features a nice chamfer and a gentle curve you’ll find present all over the phone. The back of the Q10 has a matte, three-dimensional carbon fiber dress up that looks appealing to the eye, but lacks the sturdy grip found on its touch screen brethren, the Z10. 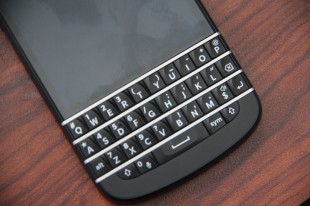 Anyway, back to the keyboard and the overall Q10 design. BlackBerry deserves some credit in delivering what a modern portrait QWERTY phone should look like: which is a touchscreen that's not too big, not too small, and an ideal sized keyboard. In fact, there’s something to be said about the look and feel element of the Q10 as a whole.

The keyboard on the Q10 is sure to please BlackBerry fans, as it delivers the “Bold-style” that many have fallen in love with. What is Bold-style, you ask? It’s BlackBerry building out the keys without space in between them. This looks sleek on the eyes, but I had crazy issues typing with it because of my own clumsiness; my accuracy was awful thanks to my inability not to hit other keys while speed texting. But to be fair, I hadn’t used a QWERTY device since the last Sidekick came out two or three years ago.

We all know having keyboard device of this caliber brings a different kind of feeling. This quote from my comparison article of the Z10 and Q10 pretty much sums up my thoughts of the look and feel of the Q10:

“There’s something to be said about the nostalgia that overcomes you once you feel a physical keyboard in your hands. Suddenly, you feel more important, more business-like — I can’t explain it. However, the reality is, QWERTY keypad phones are a relic in time gone by. Do I believe they should stay around? Sure. Just like I how I feel vinyls or CD’s should stay around.”

Other than that, with the Q10, expect everything you loved on the Bold 9900 but more refined, and with better software.

What more can be said about BlackBerry 10 that hasn’t been said already? The Q10 ships with a revised 10.1 build of the platform, which brings a variety of minor enhancements to the version seen on the Z10. However, the user interface is a bit more polished and it looks to be more flattened in order to support the Q10’s 3.1-inch display. Now I’ve heard some folks who have reviewed or used the Q10 or Z10 on the daily, complain about how the OS becomes a bit sluggish or stuttering after heavy usage. Not saying this isn’t true, but it didn’t happen to me. 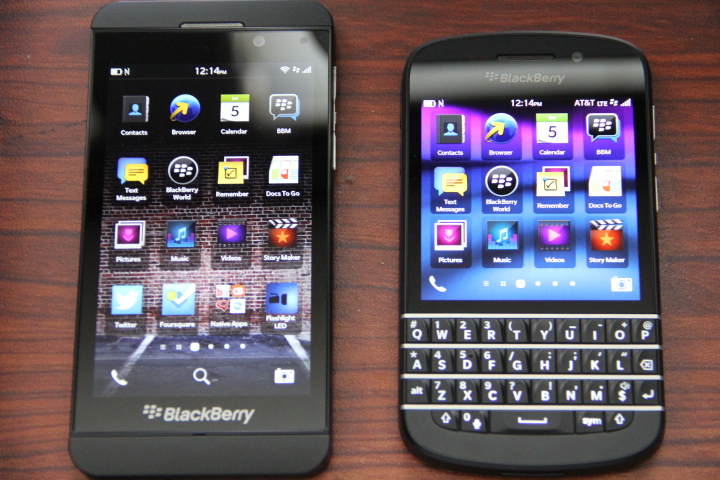 Actually, I found BlackBerry 10 to be remarkably solid and reliable. The main features of BlackBerry 10 are somewhat controversial, as the OS completely does away with the conventional way other operating systems perform multitasking, primarily relying gestures.

Here are the basic functions: swipe up from the bottom bezel of the phone brings you back to your running apps, swipe up and to the right and you get to the BlackBerry Hub, which consumes all your messages from email, Twitter, Facebook, LinkedIn, BBM and elsewhere into one massive pile of messages. My only issue with the execution of this is BlackBerry has yet to make the experience of parsing through messages in the Hub easier. Something I’m sure it will address with future updates.

With the 10.1 update, BlackBerry filled a couple of huge needs from the previous version, as the company brought the ability to download email attachments and send pin-to-pin messages in BBM. In addition, you can now do simple things like copy and paste a phone number into your dialer and take HDR photos.

Perhaps the most disappointing part about the BlackBerry 10.1 software is the lack of quality ‘NATIVE’ apps. Notice the emphasis I put on native? There are some decent Android ports, but nothing is better than seeing and testing a feature app that’s made specifically for the BlackBerry 10 platform. I stress this point heavily because no one living in the iOS or Android ecosystem will ever take BlackBerry serious, especially if it doesn’t get it’s shit together with more quality native apps in BlackBerry World. 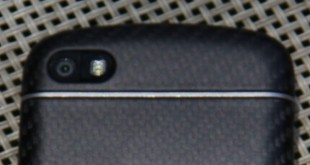 The Q10 sports a 2-megapixel front-facing camera and 8-megapixel shooter in the back, paired with an LED flash. Nothing is offered here that’s different from what’s seen on the Z10. Like most cameras on feature phones, you get passable shots in light, albeit, still a bit noisy. Colors are mostly solid, but low-light shots are a waste of time.

As for one of BlackBerry’s top gimmicky features, Time Shift, I’d say the feature is better served on the Z10’s 4.2-inch display. The Q10’s small screen makes it almost impossible to search through the burst of different shots taken of your friend, as the option to zoom in isn’t available.

All things considered, the BlackBerry Q10 turned out to be what we expected: a smaller Z10 with a portrait-QWERTY, or the love child of the Z10 and Bold 9900. The latter sounds better. Strangely, I actually prefer the Z10’s virtual keyboard not just over the Q10 but every virtual keyboard -- I love the suggestive typing element added.

However, with the Q10, BlackBerry made a play for perhaps its most loyalist fans -- the company shouldn't be ridiculed for that. I think it would have served them better if they had released the Q10 ahead of the Z10, but that’s just my opinion. BlackBerry should be applauded for improving leaps and bounds when it comes to its OS, however, it’s still miles behind both iOS and Android in features and mind-share.

That said, if you’re a happy Bold owner, you shouldn't hesitate to get this phone. Besides that, unfortunately, it’s hard for me to recommend this device at the $199.99 price target this phone is asking when you can get the iPhone 5, HTC One, and Galaxy S 4 for less.

Rating averaged out to 7.25 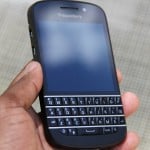 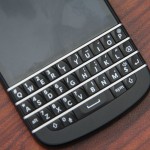 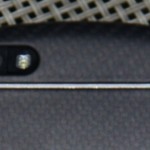 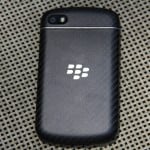 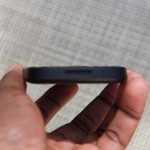 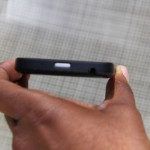 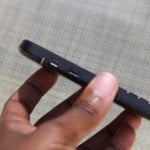 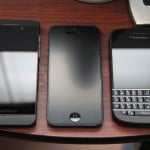