The HTC Vivid is one of AT&T’s first LTE-capable phones – the other being the Samsung Galaxy S II Skyrocket – although you won’t find the 4G moniker anywhere in its name. It’s odd, simply because every other fake 4G phone – or HSPA+ phones – carried the name, like the Inspire 4G or Atrix 4G. Instead, the LTE-packing HTC Vivid makes it pretty clear that AT&T has finally arrived when it comes to the next generation of blazing fast mobile broadband.

The obvious limitations lie in AT&T’s LTE footprint: it’s tiny and still has a long way to go. However, for the cities that do have it, a device like the HTC Vivid can provide up to 15Mbps down on average, with peaks of up to 25Mbps, which is incredible. I will disclose, however, that all of my testing was done in New York City where AT&T LTE isn’t available yet, but I was still surprised at how well it performed over HSPA+.

So, is the HTC Vivid worth your while, or should you pass and wait on upcoming LTE devices? Read on to find out. 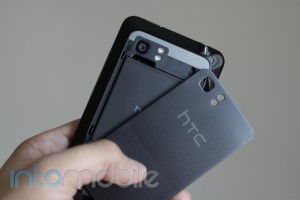 HTC is known for its excellent hardware. The manufacturer typically makes solid smartphones by combining plastic, aluminum, stainless steel and magnesium along with soft-touch coatings to give its devices a very polished and deliberate finish. The HTC Vivid is no exception, but there is probably far more plastic this time around than some would prefer. If you're coming from a Samsung device, you're probably already used to it. But for seasoned HTC users, it might come as a disappointment.

The reason for the plastic casing, as HTC and AT&T explained to me in a briefing, is that you can't just slap metal all over a phone with LTE antennas. It sounds about right, though the reasoning may not be sufficient for some. I will say, however, that the phone's materials were just a minor issue in the overall experience of using the phone.

At the front of the device is a 4.5-inch qHD (960 x 540) display, a front-facing camera, your standard Android touch-sensitive buttons and the earpiece and grill. To the left you'll find the micro-USB port, and on the right there is a volume rocker - no dedicated camera shutter buttons here. Up top are the 3.5mm headset jack and power/sleep button. The back of the device is where you'll find most of the plastic, enveloping a rectangular metal plate that serves as the phone's battery cover. You'll find the battery, SIM card and microSD card slots behind that plate. Oh, I'd also like to note that you won't be hot-swapping memory cards on this device: to swap memory cards, you'll need to remove the battery, which is really a nuisance in this day and age.

Inside there is a 1.2GHz dual-core Snapdragon processor, 1GB RAM, 16GB storage memory and a 1620mAh battery that provides almost eight hours of continuous talk time. 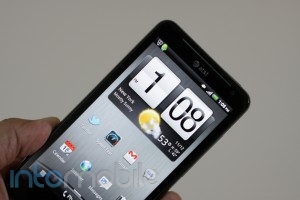 Unfortunately, the HTC Vivid design is rather unremarkable. In fact, HTC's designs are the few that can let me distinguish Android smartphones from afar. The HTC Vivid, however, is an exception. Its solid black color, save for the rear metal plate embossed with HTC's logo, and plastic body can have it easily mistaken for a Samsung or Motorola device from a distance to the untrained eye.

The Vivid's contours are nice and do give it a decent in-hand feel if you can get over the liberal use of plastic. It's also quite hefty, which I love in a smartphone, but you may have different preferences.

Because of the qHD display, at 4.5 inches diagonally it was very difficult to use with one hand. I'm a pretty tall guy with large hands, and someone like me shouldn't have this problem, but with these massive qHD screens at 16:9 aspect ratios, reaching the opposite corners of the phones with my thumb was literally a stretch. And because of the plastic casing, it sometimes felt like the phone would slip right out of my hand if I over-extended myself. Reaching across the phone is fine, but when I'm holding it near the bottom for support or to keep it from dropping, I'd have to reposition it in my hand to access the top part of the display.

True to its name, the Vivid's display is just that. At a comfortable distance, I couldn't see any serious pixelation. HTC and AT&T say that the Vivid uses a Sony SuperLCD display, and you can really tell the difference when you hold it next to other qHD Android devices. The range of its viewing angle is excellent, and colors were rich and had good contrast. Overall, I was more than pleased with the HTC Vivid's display, and I suspect you will be, too. 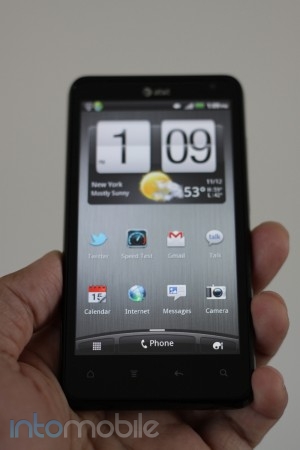 The HTC Vivid runs Android 2.3.4 skinned with HTC's Sense 3.0. Why HTC decided to go with 3.0 instead of 3.5 baffles me, but it makes no difference nonetheless. I have a love/hate affair with Sense UI because some of its features are impractical or aren't very useful. One example is the carousel effect when swiping through home screens. Why does this even exist? I get it--you can make something look really fancy with some 3D animation, but you pretty much have to be a reflex ninja to get the screen to stop exactly where you want it to. A more practical approach would be to pinch the screen to bring up the seven window panes that allow you to jump from one home screen to the next.

Aside from a few design gripes with Sense UI, the HTC Vivid performed really well. Opening and switching between apps was pretty fluid thanks to its 1.2GHz dual-core processor.

Don't be surprised at the amount of crapware or bloatware that comes with this phone when you get it. And unless you want to go through the complicated methods of deleting them, you'll just have to block them from your attention as best you can despite the painfully yellow and orange color schemes that AT&T uses for its icons. AT&T Navigator, YP, AT&T FamilyMap and AT&T Visual Voicemail are on board, just to name a few.

For you performance junkies, out of three runs, the average Quadrant score was 2550; LinPack multi-thread was a flat 80; Neocore was a 57.7.

LTE is really the shining feature of this phone, but unfortunately I was unable to test it in New York. The average speed over AT&T's HSPA+ network was 5.5Mbps down, with one peak of up to 10.2Mbps, and an average of 1.6Mbps up with a peak of 2.2Mbps.

The Android web browser, with its Sense UI design, gave me some odd problems. There were plenty of instances where pages just would not load over AT&T's network, so I was forced to use my home's Wi-Fi. If I were to reboot the phone, however, things would be running smoothly again. This isn't something a user should have to deal with, but perhaps my issue was a fluke. When pages did render over AT&T's network, however, they were fast.

Multimedia features, such as the gallery and YouTube player, are pretty cluttered and inelegant, but simple enough to use. If you've used HTC Sense-skinned Android devices before, you'll feel right at home here. Video playback on the HTC Vivid was smooth, and the sound was great through my headphones. Sound over the speakers, on the other hand, is a different story. I'm not sure if this was limited to my review unit, but the speaker sound was incredibly weak. This counts for speakerphone calls, too. If you plan on watching videos  or listening to music on this device, plan on using your earbuds or headphones for your audio needs. 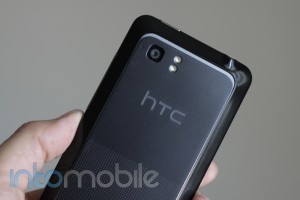 The Vivid's camera is admirable, but not great. Picture quality was fine, but it sometimes had issues with white balance. You can choose from a number of white balance presets, but even so it didn't always get the warmth or coolness of a scene correctly. As an example, photos taken under incandescent lighting was always too warm, whether I used auto white balance or the incandescent setting.

The camera does have some pretty decent macro capture capabilities, and it was also quick to focus. Another nice feature is the inclusion of photo editing tools and filters. If you want to convert your images into black and white, sepia or some retro-looking filter, you can do that right in the camera's settings. 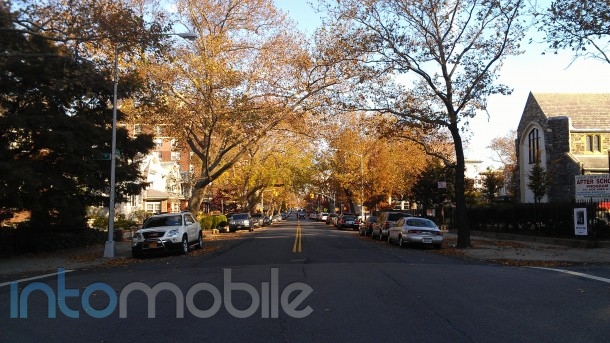 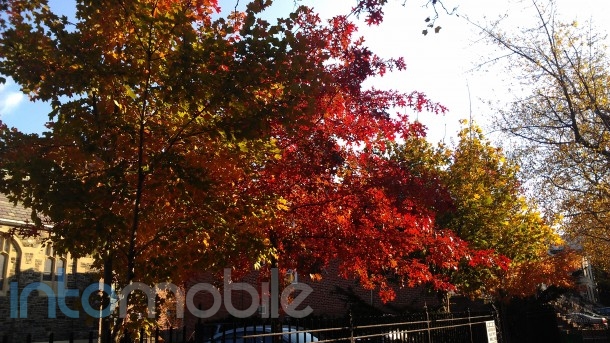 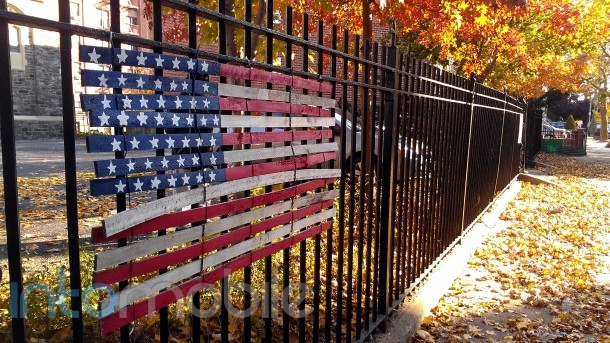 Call quality on the HTC Vivid was decent. Callers and automated systems sounded clear, and my friends and family told me I sounded just fine, if not a little tinny, but nothing terrible. It's probably worth noting that the majority of my calls took place in New York City, where AT&T is notoriously bad, so expect better performance in areas of better coverage.

Battery life was excellent. I would take the Vivid off of its charger at about 8:00 a.m. every day, and by 8:00 p.m. it would be anywhere between 20% and 40% depending on my use. My heavier usage days would include a lot of Twitter, Facebook and Foursquare activity, along with constant e-mail, shooting photos and a handful of phone calls averaging about six minutes in duration. Of course, this was all in HSPA+ coverage, so expect these figures to vary dramatically when LTE is thrown into the mix.

Unfortunately, the stand-out feature wasn't one I could enjoy while testing the HTC Vivid. AT&T LTE is expanding rather quickly, but was not in NYC during my testing period, and I couldn't make it to Boston or Washington, D.C. during that time, either. However, given what I'd read across the web about AT&T's LTE network performance, and just how well the Vivid performed in areas of coverage, it seems like the combination of the two is a real winner. In areas of HSPA+ coverage, phone calls and data were fine. In fact, data speeds were consistently on the high end and latency was quite low. So even if you decide to buy this phone and you're not yet in an area where there is LTE coverage, you won't be disappointed.

If your contract is up and you're looking to go with either Verizon or AT&T for their respective LTE networks, Verizon may only have the upper hand right now in terms of coverage and general availability. But if you want to stick with AT&T, the HTC Vivid will not disappoint. And with its $149.99 price tag, it's up to $150 less than other comparable Android devices available for Verizon. I'll gladly say that in terms of build quality, overall experience and value, I can recommend, without any hesitation, the Vivid to anyone looking for a new Android device. 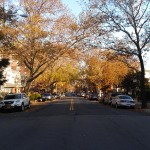 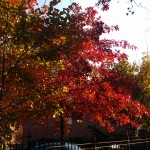 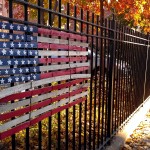 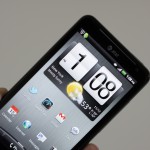 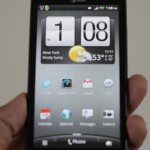 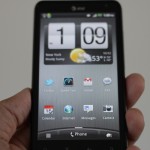 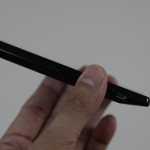 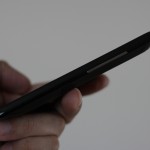 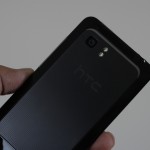 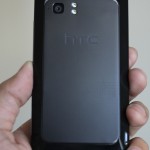 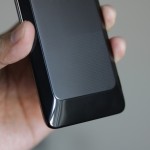 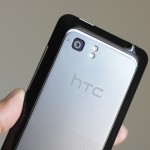 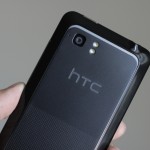 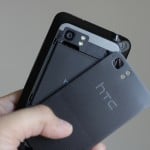 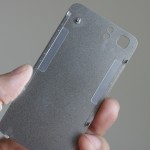 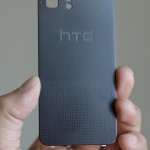 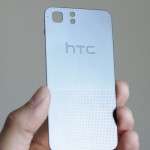 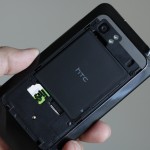 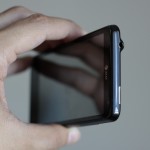 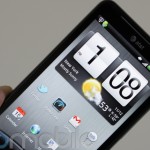