Gaming on the go has been absolutely dominated by mobile devices, primarily iOS and Android devices. To carry around a dedicated handheld gaming device requires a bit of thought since it isn’t a necessity like our cell phones are.

When Nintendo released its Nintendo 3DS last March, it didn’t create as big of a splash in the mobile gaming world as Nintendo would have liked, selling just over 3 million units worldwide a month after its US debut. With that in mind, many don’t expect Sony’s newly released gaming handheld, the Playstation Vita, to sell as well as Sony anticipates it to, which will most likely mark the death of dedicated handheld gaming devices to make way for mobile devices to continue their uprising.

With mobile gaming supremacy on the line, Sony isn’t holding back in terms of technology in the PS Vita with 3G service supplied by AT&T, a 5-inch OLED screen, and a whole slew of other impressive bells and whistles with the power of the Playstation Network behind it, could the PS Vita mark the triumphant return of dedicated gaming handheld devices or should Sony and Nintendo make way for Apple and Google’s gaming future?

It shouldn't be a surprise that the PS Vita is an impressive piece of gadgetry when you factor in all it's carrying in its portable package. Even though it's quite large when compared to the majority of mobile devices currently available, when you consider what the PS Vita is capable of, then you'll easily forget how big it is when it's performing some amazingly stunning visuals thanks to its 5" OLED touchscreen.

During my time with the Vita, I didn't notice any lag through any of the games, applications, or anything else, even when I had multiple applications open in the background. One thing I was most impressed with was how well the Vita handled downloading games in the background as I played graphic intensive games such as Uncharted in the foreground.

There have been times in the past that I've commented on an iOS or Android game's visuals looking close to console quality, but the Vita blows even the best looking iOS or Android game out of the water as the device delivers some jaw-dropping visuals. Lighting effects, character animations, and even soundtracks in games offer the closest resemblance to console quality that I've ever experienced on a non-console device.

The PS Vita feels comfortable in the hands when in use with all of its buttons giving just the right amount of feedback when applying slight pressure to them. Both the PSP & PSP Go had a a single analog thumbstick, but the PS Vita finally brings what everyone has been begging Sony to deliver in an upcoming PSP: dual thumbsticks. The thumbstick on the PSP & PSP Go didn't feel quite right as it was way too attached to the device to feel comfortable using, but the PS Vita's thumbsticks stick out just enough to be very comfortable when in use as they offer full rotation. The thumbsticks also have a very comfortable rubber tip that allows your thumbs to move them around with minimal effort. If you're familiar with the PS3's thumbsticks, then you'll feel right at home with the Vita's. 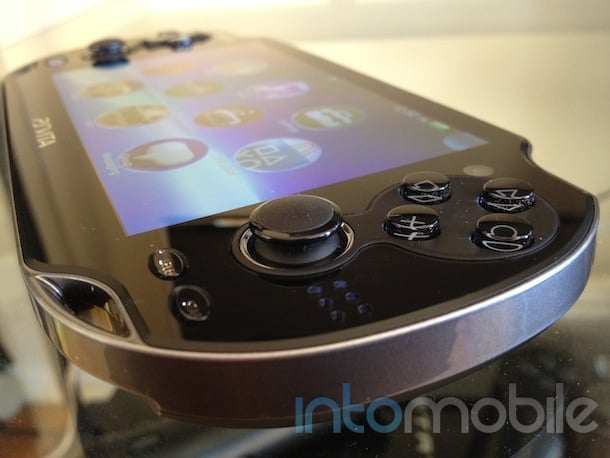 One selling point of the PS Vita I wasn't too fond of was its touchpad in the rear. I'm not sure if my brain isn't wired yet to take full advantage of it, but I felt every time I was required to use it in a game, I ended up fumbling with the Vita. Some games require you to use the middle of the touchpad, which for me, required a bit more effort which involved taking my hands away from all of the buttons and reaching to find the middle of the touch pad. Seeing as the 3G/WiFi version of the Vita is $299, the last thing Vita owners want to do is fumble with their device.

If you're planning on carrying around your PS Vita as an amateur shutterbug, allow me to save you a lot of headache: DON'T. Both the front and rear facing camera are 0.3 megapixel cameras that can capture a full 640x480 480p resolution in VGA mode. This is highly under par with what is currently available on our mobile phones. The sooner you forget the PS Vita has cameras, the happier you'll be. Trust me.

Going from a XMB dominated platform on the PS3, PSP, and PSP Go to the PS Vita's platform is like night and day. Instead of fiddling around multiple categories through a XMB interface, the PS Vita installs applications and games through multiple pages on the homescreen. When you select an app, it'll launch its own dedicated window that offers some quick information regarding the app, a user manual, and even the ability to update it right from the splash screen for the app.

When you're running a game, the PS Vita makes it very easy to back out of it in order to access another application. As long as the new application, like the Friends or Group Chat app, doesn't require you to close your game, your progress will always be available right where you left off making it possible to pause your game when you get to work, and then picking up right where you left off on your commute home. 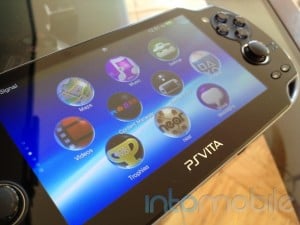 The PS Vita has its own music player, photo gallery viewer, and other applications you're probably familiar with if you played on a PS3 or PSP, but one new application that's been included in the Vita is called "Near." Near uses the Vita's GPS in order to find players within your area that may share the same games as you. If you're playing Ultimate Marvel vs. Capcom 3 and have no friends to play against, you can easily check your Near application for anyone in your area who is playing and challenge them to a game. And who knows, maybe you'll even make a friend in the process.

What's the point of launching a new gaming device if there aren't any worthwhile games to play on it? Nintendo should have learned this lesson before the launch of its Nintendo 3DS as a new device won't sell like hotcakes unless you have worthwhile games. Thankfully, Sony wised up and made sure there was a large selection of launch titles, probably the largest of any gaming device launch with over 30. Sony delivered some fantastic first-party games such as Uncharted: Golden Abyss & Wipeout 2048, while third-party developers like Ubisoft, Capcom, and Namco Bandai just to name a few delivered some worthwhile games at launch such as Rayman: Origins, Ultimate Marvel vs. Capcom 3, and Touch My Katamari. 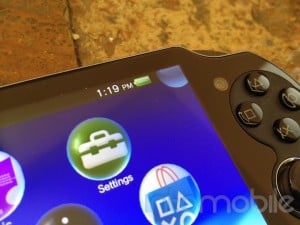 If you're planning on taking your Vita on a long road-trip, then you need to invest in a battery pack that is compatible with recharging the Vita while on the go as it only uses a 2200mAh battery. Sony has made it known early on the Vita's battery life would only deliver 3-5 hours of actual gameplay and that's with its WiFi and Bluetooth disabled. Experiencing how quickly 3 hours can go during a long-term play session is a real downer and I feel it defeats the purpose of a portable gaming device if I need to carry its charger around even if I make small trips.

What the Vita lacks in battery when actually in use, it more than makes up for it with its standby battery drain, which is nearly non-existent. I've left the Vita unplugged and left in standby mode overnight, and I didn't notice any significant drain on the battery, which is quite impressive when you consider I still had my game of Uncharted suspended as well as a bunch of other applications.

I've been carrying around the PS Vita for the past week and playing with it any chance I get. Originally it was for the purpose of writing this review, and now that I'm done with my review of the Vita, I can't imagine going anywhere without it. The games currently available for the Vita are absolutely amazing to play. When you consider launch games for most game systems are usually not good, this certainly speaks volumes of what the Vita is capable of.

Sony promised to supersede mobile gaming when the Vita released, but seeing as it's priced as much as a current generation console, I don't see that happening any time soon. The convenience and performance of an iOS or Android device will keep a lot of casual and hardcore gamers happy, while those who are looking for a near console experience will be very pleased with the Vita. I believe if gamers get a chance to play with the Vita, they may think twice about playing games on their iPhones.