Sony Ericsson’s Xperia family of Android phones has been rapidly expanding, including its traditionally large form factor (like the Arc), adorably miniature ones, such as the Mini, and even sliders, like the Pro. Another addition is the Xperia Ray – a long slim, sturdy Android smartphone with some sharp lines. The Ray made its debut over the summer, and has since spread to Europe and the U.S., and was recently made available in Canada through TELUS.

At first blush, it seemed to capture a lot of the great qualities of the Arc in a smaller form factor.

The Sony Ericsson Xperia Ray plants itself in the upper-mid-range when it comes to specs. It's got a 1 GHz processor, 512 MB of RAM, an 8 megapixel camera with LED flash, and a 3-inch 854 x 480 touchscreen. The layout is extremely simple, with two capacitive buttons and a single physical one above which a crescent-shaped indicator light is perched. The outside edges are minimal, smooth and sharp, ultimately leaving a narrow phone that feels great in the hand.

The most striking thing about the Xperia Ray's design is its aspect ratio. We don't see FWVGA display resolution often, and even then, it's usually on bigger screens, making the 16:9 ratio less apparent. On the Xperia Ray, it results in a long, slender device that fits nicely in the hand and pocket. Hardware buttons are kept to a minimum - there's a volume rocker, home key, and lock key. Although the lack of a hardware camera key is unfortunate, it does keep the look of the phone simple and streamlined. I'm a particular fan of the parallel angled edges at the top and bottom, which give the Ray a distinctive profile. The Xperia Ray gets big points for style, all told. 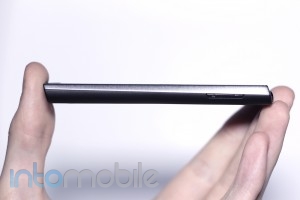 The Sony Ericsson Xperia Ray is a very dense little phone, and the aluminum frame adds an extra level of sturdiness and class. The package is so tight that I thought for awhile the battery door was metal, too. While the glass screen handled most day-to-day rigours, I did get a small scratch on the display after spending a week with it.

Without any moving parts (beyond three physical buttons), I'm really not too worried about standard wear and tear with the Xperia Ray, though if the LCD is glued to the glass screen as I suspect, sharp impacts may make for some expensive repairs.

The 8.1 megapixel camera, like many of Sony Ericsson's previous Android phones, shoots excellent close-up shots, but suffers some detail loss at longer range. As for colours, the flash (which is only on/off for some reason, and doesn't pop with the shutter) tends to leave a yellow cast, and I find the greens a little oversaturated. While the sound when shooting 720p video was relatively good, colours were extremely washed out and detail poor. Take a look for yourself.

(Yeah, I know I call it the Arc like a billion times there. Cut me some slack.) On the plus side, the still camera has a pretty nice panorama mode. It's a bit finnicky when it comes to how quickly you pan from left to right, and the final result has a fairly reduced resolution, but I found the stitching quality to be top-notch. 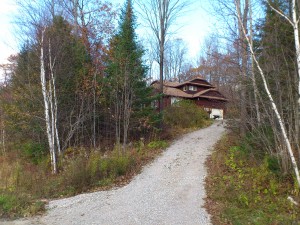 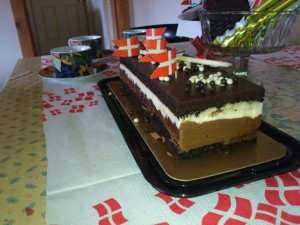 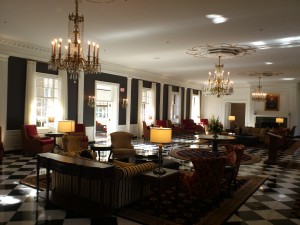 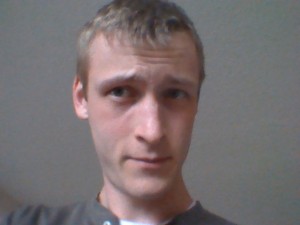 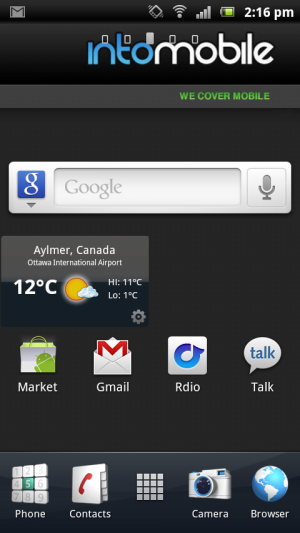 The Sony Ericsson Xperia Ray runs on Android 2.3.4 Gingerbread, with a handful of customizations. The key one for Xperia phones since the X10 has been Timescape, which pulls together status updates across multiple social networks into one snazzy user interface. Over the last couple of years, the library of Timescape plug-ins has grown considerably, allowing you to toss in Foursquare updates, RSS feed items, and even incoming Gmail. As a means of casual flipping through updates, Timescape has really matured, and become a thoroughly enjoyable experience. It's not trying to be a full-blown social networking client, and simply links off to mobile sites or related apps when appropriate.

The infinity button is a curiosity that continues to pop up here and there. Within the contacts application, clicking it will present you with options to search for related content on other services, like Wikipedia, or YouTube. From Timescape, it simply shoots you off to the address book. It has the same installable plug-in structure as Timescape, but it seems to be getting far less attention. That said, I'm still not sure why it's around, and I think its presence will doubly confuse newcomers.

There is some new stuff, though. Energy saver mode is great. As soon as your battery hits 20%, you get a notification to activate it, and when you do, the display brightneess goes down, and just about every antenna turned off. You can tweak what power saving mode does exactly, but the fact that there's this simple, helpful thing popping up instead of, say, extra blinking LEDs and vibrations every five minutes, is a huge bonus.

Facebook integration is also all over the place, which is new to me. When dragging around app icons, a new bar slips down from the top, and if you drag the app there, you can share it out to Facebook, or other apps under the "send to" umbrella. There's also some cool stuff on this front in the FM radio and native media player, but more on that later.

Finally, the Xperia Ray comes loaded with Sony Ericsson's own gesture-based keyboard. Since it didn't have the usual trappings of a Swype keyboard, I actually didn't know it was gesture-based until the tail-end of my time with the Ray, and was happily surprised by how smoothly it operated. Although it's not quite as accurate in its predictions as I've enjoyed on other keyboards, the tracing tail has a bit more panache to it than most Swype-style custom keyboards. Unfortunately, the keyboard doesn't adjust to landscape, which would be ideal for longer messages, since the extra-long orientation would lend itself to bigger keys. 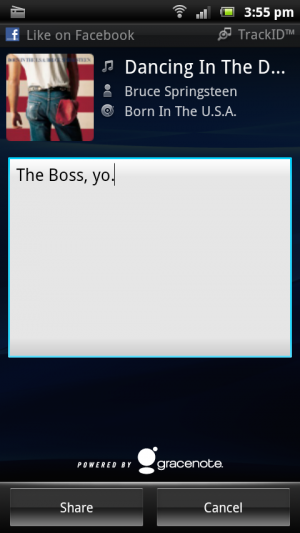 The ongoing problem I have with Sony Ericsson phones is their inability to work with standard in-lin mics. I've tried three different pairs of headphones with the Xperia Ray, and they all return an "accessory not supported" error message. This leaves you with the prepackaged headphones which don't entirely suck, but they've got that weird lop-sided wire length where the right earbud is expected to go around the back of your head. If you pocket the phone on the right side, the wire crosses the body diagonally, which I find makes it more prone to getting in the way when moving around. Regardless, I'm a big of my Bose in-ear headphones, and considering how much I use my phone for music, it's really important that I'm able to use my everyday buds.

FM radio is an interesting addition, and not one you see on every smartphone. It ties in TrackID by Gracenote to try to figure out what you're listening to on the radio and offer two-tap sharing to Facebook. As it turns out, the headphones act as an antenna for the FM radio, which might have something to do with my issues getting other headphones to work.

Video playback is kind of useless in portrait orientation due to the slimness of the phone, but in landscape, the FWVGA display resolution means there isn't a single pixel that gets cropped. The display is sharp enough to keep me happy, even without the Bravia Engine enhancements that Sony Ericsson makes a lot of noise about. I seriously can't tell the difference when the option is on or off, but maybe some more discriminating eyes will appreciate the improvements.

DLNA support is included, so you can stream your locally-stored videos out to your TV over the Wi-Fi network, as long as the big screen is thusly-enabled.

The WebKit browser on the Xperia Ray supports Flash 11, though that plug-in won't be getting much more than security updates from here on in. In a fast-paced Flash racing game, I averaged about 25 frames per second, which is certainly good enough for video streaming, nevermind anything more interactive. BrowserMark scored the Xperia Ray 56724 for CSS and JavaScript performance, which is a solid notch behind the 62484 I got on the Telus Samsung Galaxy S 2 X, but the Ray is only single-core after all. Acid3, which primarily tests JavaScript, scored 95/100 with some chunkiness and a tiny rendering artifact, while the HTML5 Test scored 200/450, plus one bonus point.

So, the Ray's browser didn't stand up to hard tests so much, but I found it just fine in day-to-day usage. 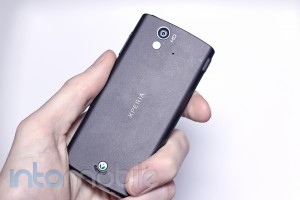 The 1500 mAh battery is typically good enough to get me through a day of moderate usage on a single charge, though not a busy one. Sony Ericsson advertises 7 hours of talk time and up to 440 hours of standby. Streaming music all day over Wi-Fi barely puts a dent into the power indicator, and even if I was doing it over HSPA, the Xperia Ray includes a blissfully helpful power management tool that kicks in whenever your battery drops to 20%. With it, you can enter a simple power-saver mode, that turns off extraneous antennae, and drops the display brightness. You can tweak what stays on and what goes off through the utility's settings, but I found the defaults were just fine.

Call quality is rich, loud, and had decent noise cancellation thanks to a second mic in the back. The sharp top edge of the phone was a little uncomfortable when pressed against the ear, but I didn't have any issues with the sound quality. Contact management and call logs are all pretty standard, but Sony Ericsson has a nice little home screen widget called life.contacts, which arranges your most popular contacts into a simple, elegant grid. It's still in beta, but I hope it'll be ready to be loaded in the next Android update from Sony Ericsson.

I have very few complaints about the Sony Ericsson Xperia Ray. On the whole, it's a slim, simple, and smooth Android phone with smart customizations. I really wish Sony Ericsson would get around to fixing that in-line mic issue, since it's been something I've noticed in every phone of theirs that I've reviewed for the last couple of years. The camera still needs some work, but the addition of the 3D panorama mode is really helpful for those big scenes where just one picture won't do. The 3.3-inch display might be a bit of a turn-off for those who are prone to watching a lot of video on their phone, but I found the size much more practical for carrying around - the Xperia Ray even fits into that tiny pocket in jeans that you never know what to do with.

Overall, the Sony Ericsson Xperia Ray strikes me as a solid choice for those that put style first. The customizations I've seen are simple, no-nonsense, and practical. If camera quality and music playback are both vital, there are other Android smartphones out there that might serve you better. 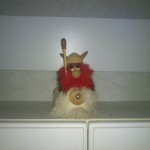 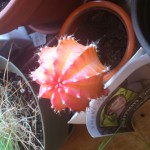 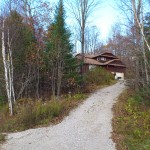 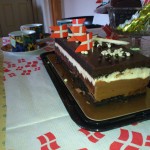 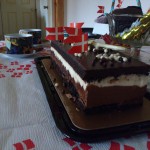 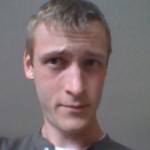 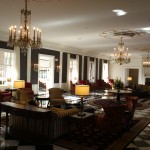 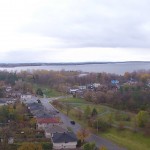 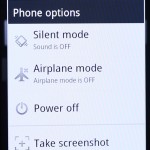 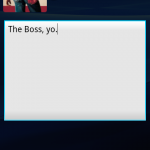 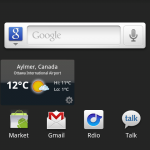 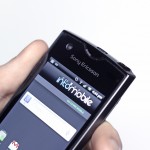 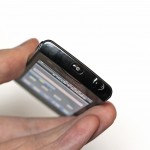 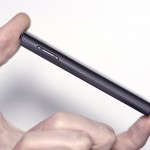 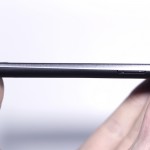 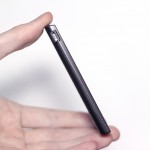 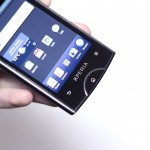 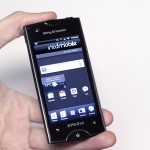 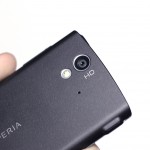 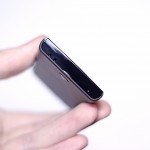 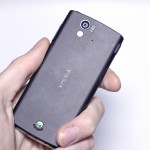 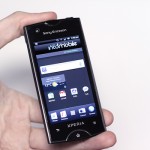