Sony went into this year’s CES event looking to shake things up. When the company revealed the Xperia Z and ZL, it did just that. It was safe to say that most of the media were pleasantly surprised with what Sony had come up with. In fact, one of the standout moments of the entire show was the Sony Xperia Z, as the device clearly shows the company’s refocused attention to mobile, gaming and imaging. The Xperia Z ushers in a new design language known as omnibalance, which is a representation of 90-degree angles, even weight distribution, and flat glossy sides. Pretty stuff.

The Sony Xperia Z showcases two killer features that both live on the hardware side: a 5-inch 1080p display and dust/water proof resistance (more on this later). In this review, I’ll give you my perspective on whether Sony has a winner with this new offering. Enjoy!

When you see this phone in person, you'll instantly notice that this is the best Xperia design that Sony has ever produced. Unlike Samsung’s more plasticky approach to its design elements; Sony put some real heft to its Xperia line by making each device feel as solid as can be. The Xperia Z feels very good when you hold it. And I’m sure if you chuck it at someone’s head it’ll inflict serious damage without leaving a blemish on the body. Though we don't suggest this just to prove its durability.

On the back there’s a 13-megapixel camera with Sony’s own Exmor RS branding, while a 2-megapixel Exmor R camera is above the display for video calls and those self portraits folks love to shoot for friends on Facebook, Instagram or Twitter. 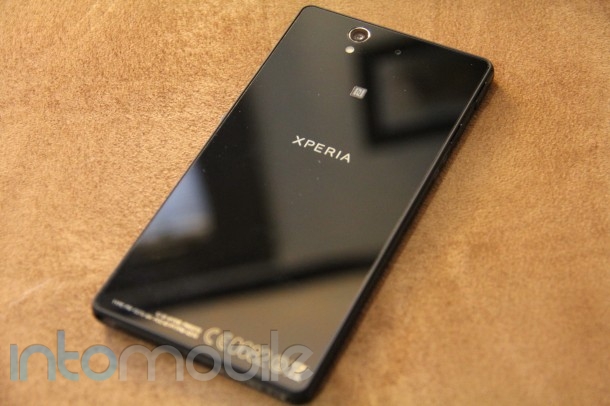 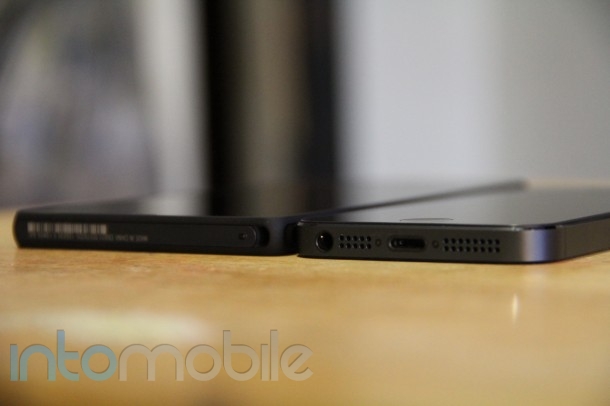 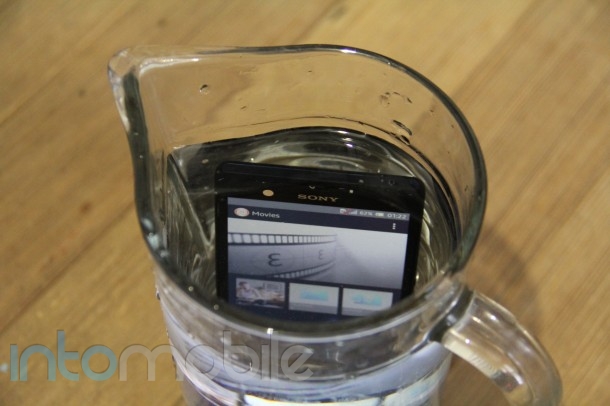 Out of all the technical “nerdy” specs listed above, I’d say the most important qualities of the device has to be the 1080p display and the two other notable features: the Xperia Z's IPX5/7 and IP5X ratings. The 1080p screen looks awesome when you play video and view pictures taken, as the handsets 1920x1080 pixels and 16,777,216 color TFT (443 pixels per inch) jumps off the screen. As for the Xperia Z’s IPX5/7 and IP5X ratings, it can handle water up to a depth of one meter and be resistant to guided water jets. The phone can also survive the attack of dust. I put the phone through a test by submerging it a pitcher of water, and it passed with flying colors. 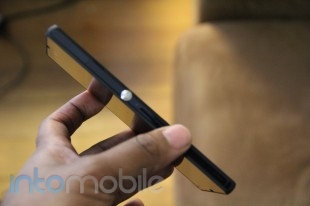 What more can be said about the design? Sony did an excellent job as I stated earlier, with the introduction of its new “omnibalance” appeal. The entire body is shaped as a rectangle, as the company took a different route away from the typical rounded corner appearance seen on most phones today. The phone is covered with what Sony calls “scratch-resistant, shatter proof sheet on mineral glass,” which you can feel as you hold the device.

Sony decided to place a small speaker on the lower right side, along with the power button, volume rocker and SIM card slot. On the top right lays the headphone jack, and on the upper left side, sits a slot for the micro SD card and the micro USB port for charging. All of the ports on the handset are blanketed with sealed covers, with a rubber lining behind each one, ensuring that the water doesn't get into the device.

I really appreciated Sony adding an LED notification light to the upper right side of the display. It’s tiny but it works. Notification indicators are one of the most underrated features on a smartphone in my opinion. All devices should have one.

The Sony Xperia Z comes with Android 4.1.2 out of the box. It’s not the newest version of Android, but it’s a serviceable build to do most of the awesome things baked into Jelly Bean. Since this device is unlocked and from overseas, there isn’t any annoying bloatware loaded on the device by a wireless provider. The Xperia Z comes preloaded with all of Google’s core apps, including Chrome, Play Store, YouTube, Maps, Messenger, Google+, Search, Talk, Play Movies & TV, Play Books, Play Magazines, and Local. 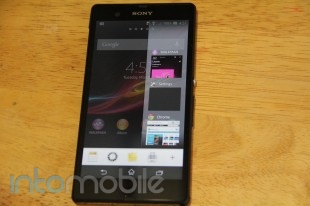 Sony includes a Media Remote app for those who own a Sony smart TV, as this allows users to have control of the TV through the phone. Sony’s custom UI also brings a few features that aren't so bad, like a Rolodex-style gallery widget and a pre-installed expandable power management widget. You’ll find plenty of media-oriented libraries that emphasize the company’s push in imaging.

I did find one odd issue, though. For example, when I tried to access the shortcut to the camera from the lock screen, it would often bounce me back to the lock page. The only way to sidestep the glitch was to unlock the phone as normal and head into the camera manually. We can expect this issue to easily be fixed with an upcoming update.

The Sony Xperia comes preloaded with Google’s Chrome as the default browser. For those of you out there who've used Chrome for Android, should know how nice the browsing experience is. You can do everything with the browser as you would on your laptop or desktop, including bookmark sites, share with Facebook or Google+ (Twitter if installed), or use ‘Chrome to Phone’ -- zapping the page on your computer to your phone.

Users can expect all the other standard bells and whistles with the Chrome app as well. Enough said.

The Xperia Z is incredible when it comes to viewing photos and videos. Everything just looks great on that 1080p HD 443 pixels per inch resolution screen, so maybe it’s clouding my judgement here. I’m not going to nitpick the phone on “viewing angles” because I wasn’t really bothered. However the phone could benefit from bringing down the brightness, adding a wider range of contrasts and a lower base setting would do justice. Sparingly, Sony’s Bravia Engine 2 mostly gets the job done on contrast and sharpness enhancements to photos and videos. This works whether pictures or videos are recorded on the phone or downloaded from somewhere else.

I only noticed extra saturation by the Bravia feature on a few photos I shot -- all were taken with the flash on. The appearance of the photos looked as if they were altered with a heavily saturated filter.

I wasn’t a big fan of the speaker performance on this device, as you can barely hear sounds come from the tiny speaker on the side. Additionally, sound coming from the headset wasn’t nearly as impressive as I expected from a Sony device. 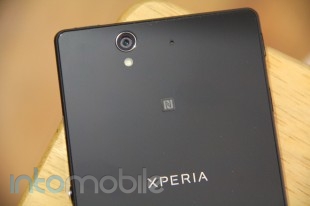 Sony opted to continue with the typical industry path with a 13-megapixel sensor. The Xperia Z rocks a Exmor RS chip, which is the first time the new sensor has appeared on a phone. Moreover, the device comes with real-time HDR for both photos and full HD video. HDR video is a beast on this phone. Using this feature, I instantly noticed the high-powered range of lighting while capturing a video. The Xperia Z pops colors a bit more than the average device, however, the approach is still eye-catching. 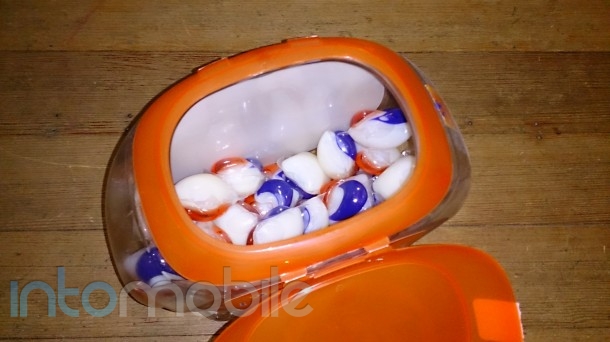 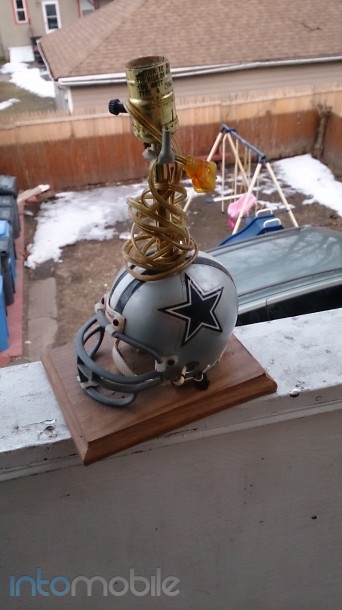 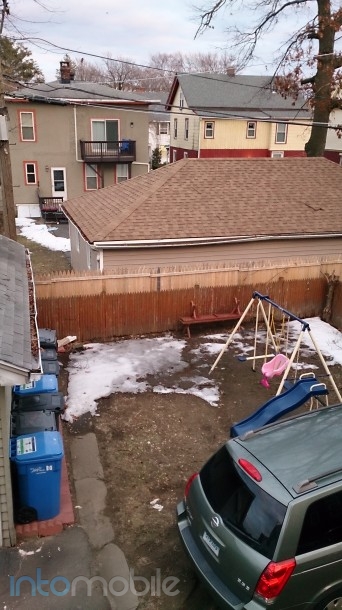 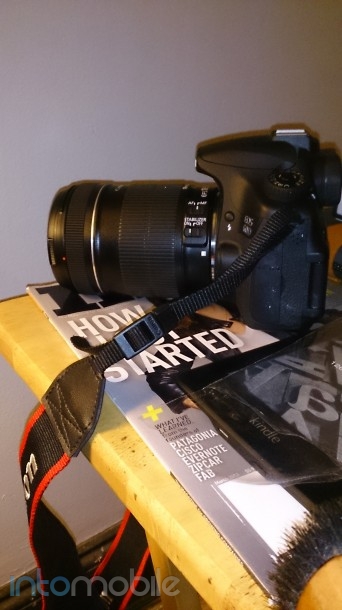 Unfortunately, I couldn't conduct a thorough review on the call quality because of the lack of an extra SIM card. As for the battery life, it’s a bit more complex, as the handset includes what seems to be a gimmick battery saving feature called battery STAMINA. This feature supposedly saves up to four times the run-time by shutting off background data use when the screen is turned off. I didn’t get that much battery savings, but it definitely improved leftover juice in the phone twofold.

Battery STAMINA might not do much for a power user who happens to do a lot of video, gaming, and social networking -- in order for it to work the screen as to be off. When I wasn’t using STAMINA mode, the phone got up to two days or so connected to WiFi and on standby. Again, without a SIM card, I wasn’t able to check battery life over a cellular connection.

I see no reason why people wouldn’t like the Sony Xperia Z if it were pushed to the American market correctly. Despite the company making a truly worthy device, Sony still finds itself in an uphill climb to grab mindshare away from its competitors. Samsung is by far the king of the mountain when it comes to offering consumers Android handsets they desire, and even LG is making noise these days.

Going against its competition, I’d still have to say Sony has a real winner on its hands. I know, once the Xperia Z finally gets released in the U.S. -- it may not get a legit push from the carriers. However the company is showing that its definitely changing things up on the design side, with a more compelling look that doesn’t really follow the top devices on the market right now. That’s encouraging.

Sadly, there isn’t a clear timeline as to when people should expect the Xperia Z to hit the stores of carriers. Luckily, GSM Nation currently has this device in stock, as they’re the only retailer at the moment to have it.

This uncertainty only hurts Sony in the battle to stay relevant. The Japanese phone maker must get its phones out on time and ahead of big releases from its competitors. The Xperia Z is one of the best devices out right now, and most people in the U.S. know nothing about its existence.

Check out the gallery below! 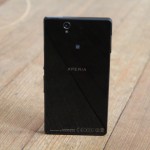 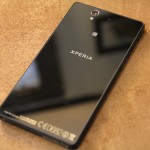 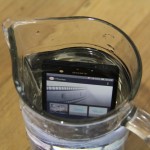 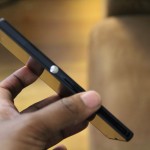 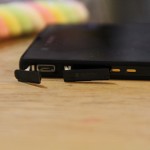 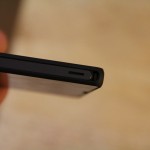 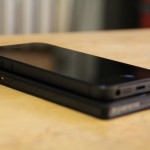 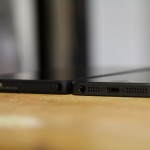 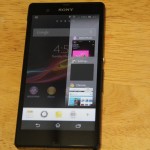 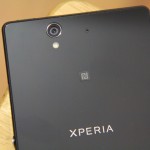 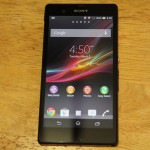 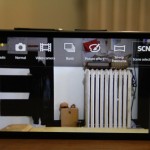 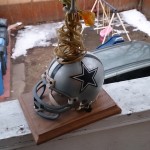 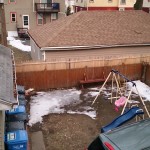 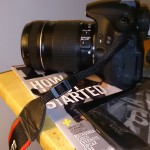 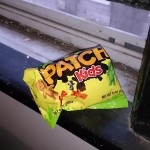 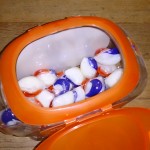 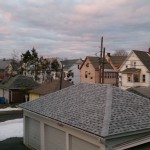 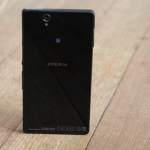