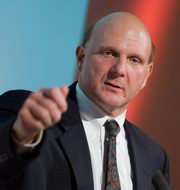 Lately Steve Ballmer has been asked to comment the rumored Zune phone. His answer is somehow confusing and could be interpreted in a variety of ways: “We’re in the Windows Mobile business. We can put Zune into Windows Mobile,” and that they “have to think about the phone instead of as a fixed-function device”.

What this means is hard to tell. Some Microsoft’s patent fillings indicate that the company is working on its own (smart)phone device, yet on the other hand that doesn’t make much sense. Releasing the Zune phone could mean slapping their partners, and that doesn’t seem like something Microsoft would want to do. Still in their maniac-like game to outdo Apple, they could pursue this… (via: Mad4MobilePhones)

Motorola's Q successor is coming to AT&T this summer. According to Boy Genius, AT&T power users should look forward to...