Nokia is preparing two interesting NSeries smartphones – N81 and N82. Both of them will run Symbian OS with S60 on top of it and will boast 2.4″ QVGA 240×320, 16M colors screen. Furthermore, both devices support 3G networks, have two cameras (one for taking photos and other for video calls), and will most likely sport the integrated WLAN.

The Nokia N81 has a slider form factor, weighs roughly 140 g and has dimensions of 102x50x17.9 mm. This will most probably be a music-centric device, and will come with 8GB of internal flash memory. According to specs we have, it will have the not-that-fancy 2 MP camera.

On the other hand, the N82 has a brick form factor, weighs around 120 g, dimensions of 112×50.2×17.3 mm, and will be marketed as converged device with a great camera. The N82 will have a microSD card slot and the N95-like 5 MP camera with real Xenon flash and 20x digital zoom. 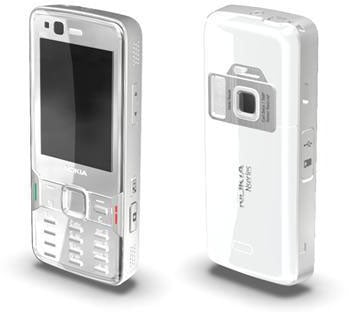 Sounds great, doesn’t it? Now, all we have to do is wait for the official release, apparently scheduled for Q4 2007. (via: symbianfreak)

O2 Asia has recently announced its first Windows Mobile 6 upgrade that targets the users of the O2 Xda Atom...