So far, the adoption of the mobile payment services have been slow. Both PayPal and Google Checkout rolled out their mobile versions, but not many people actually use them. Now, Verizon Wireless is teaming up with mobile payment specialist Obopay to roll-out its own mobile payment solution. 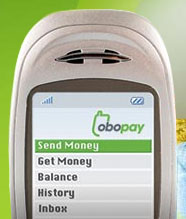 The main idea seems that such carrier-backed project could be successful, going further than similar services. Personally, I doubt that will be that case, as from what we know, it won’t be a hassle free process from the start. Two reasons emerge – first, the billing for the mobile payment service is separate from the carrier’s billing; and second, users will be required to download a separate application before sending any money. See the problem here?

In order for this to hit the mainstream consumer, the billing should be integrated and the application should come preinstalled on the device. Still, it doesn’t sound that far away, especially when we list to Irv Henderson, VP of Product Management for Obopay, who said that Obopay is hoping to ultimately integrate with the carrier’s billing. Now that would be something.

UPDATE: Check out the full release after the jump.

The Obopay service allows users to receive, send and spend money instantly and effortlessly via their mobile phones — whether shopping at their favorite store, going to the movies or dining with friends. Users can immediately access their mobile money using an Obopay prepaid MasterCard, which can be used at any ATM or retail outlet that accepts credit cards. With Obopay’s user-friendly features, users can also check their account balances, collect money owed from other mobile users, view transaction histories, and invite friends to use the service.

“After a series of industry-firsts, Obopay has once again shown unrivaled leadership by working toward making its services available on the Verizon Wireless network,” said Obopay chief executive officer, Carol L. Realini. “We look forward to working with Verizon Wireless to deliver our mobile payments services to its customers.”

[Via: The Wall Street Journal]

Yahoo! to announce a new mobile suite on Friday; Partners with Asian carriers

In its effort to rule the mobile world, Yahoo is preparing to announce a new version of its Yahoo! Go...