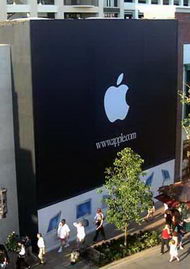 With the iPhone buzz reaching the record high these days (and Apple’s stock for that matter), we all expect to see a bunch of people lining up in front of Apple’s and AT&T’s stores on 29th. In order to be able to accept all the orders, both companies will temporarily shut their stores across the States, and not reopen them until 6:00 p.m. — when Apple has stated its iPhone will be made available to the purchasing public.

The idea behind the “better serving of our customer” is to prevent large mobs from packing the retail locations ahead of the iPhone launch. Additionally, staffers need time to erect elaborate iPhone displays and set up roped queue lines.

Once reopened, AT&T stores will operate till 10:00 PM, with some of them in more populated regions indicating to remain open until midnight.