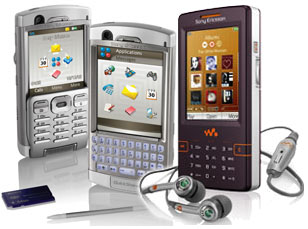 It’s nice to see companies actually listening to their customers. In that sense, Sony Ericsson announced that they WILL release another update for their P990 and W950 phones. Previously, we saw them canceling further firmware updates for their current Symbian UIQ 3-based smartphones, and now they flip-flopped for good reason — customers were angry.

I wonder wonder what’s happening with the M600 users. I guess Lizy is ready to roll. Let’s keep our fingers crossed…

Full text of the announcement from SE Developer World Forum after the break.

In response to recent feedback from users and as a result of additional internal testing, Sony Ericsson has determined to offer a further firmware update for the P990 and W950 Walkman phone. This move illustrates Sony Ericsson’s ongoing commitment to its existing “smartphone” customers and the company’s desire to be responsive to customer feedback in order to provide an optimal user experience.

The next firmware release for the P990 and W950 will be available from the Sony Ericsson Update Service from August 2007.

The somewhat schizo Sony Ericsson M610i has finally been spotted in the flesh - putting an end to the "is...