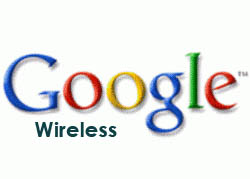 It looks like Google is still gunning for a piece of that sought-after piece of the 700Mhz spectrum. Even though the FCC didn’t approve Google’s entire wholesale access spectrum proposal, CNN is reporting that the search giant is still “very interested” in bidding in the upcoming spectrum auction.

Chris Sacca, head of special initiatives at Google, said that “[they] are still very interested in the auction.” Apparently, the FCC’s approval of open-access rules for the auction are enough to keep Google’s interest piqued.

We may just see Google entering the wireless game as a carrier, not just a backend player. It’d be great to see “Google” instead of “AT&T” on our phones – especially if it’s on a Google Phone.

Google is showing off its Google Phone prototype to manufacturers – may offer phone for FREE!

Just when we thought Google was ditching its own-brand handset in favor of providing other handset manufacturers with Google applications,...