Yes the iPhone is beautiful, yes the iPhone has a large screen which makes these “applications” work well, but to call the iPhone a revolutionary product because of that is simply false.

The iPhone’s web browser is built on the WebKit browser engine, something that every Nokia owner running the the last few versions of the S60 operating system have had for some time now. Nokia published a press release on April 16 of this year announcing their new “widgets” platform for S60 that uses their WebKit based browser implementation. I put the word widgets in quotation marks because at first I thought what you’re probably thinking right now, who the hell cares about widgets, right?

Widgets is Nokia’s way of saying that they are letting web developers build applications in scripting and mark up languages (AJAX, HTML) that they already know, instead of having to learn how to program in Symbian.c++ which can cause your brain to explode. Nokia’s widgets = iPhone’s applications. Did I mention that unlike the iPhone they can run offline?

There are two podcasts that developers and enthusiastic users alike should listen to, the first one being an interview with Ganesh Sivaraman about what S60 Widgets can do and what the future holds in terms of added functionality such as interfacing with the data and hardware in your mobile phone. The second is a panel discussion with Niklas von Knorring and Petrus Lundqvist that delves deeper into what widgets will mean for S60 and what it will mean for the future of software development.

Now I know what my readers are going to say: “Stefan is just defending Nokia.” Not at all.

When you think about how fragmented the J2ME space is, that almost half of a mobile Java developers’ resources are spent on making sure their program works on various handsets and how such a small amount of devices sold every year run S60, you feel bad for them. Webkit isn’t the silver bullet, but it is powerful enough that it will bring about new services faster and easier than ever before.

Case in point: Motorola said that they expect 60% of the devices they will sell in 2009 to be running Linux. Why is that important? Motorola’s MotoMAGX Linux platform is based on three things: an open source Linux operating system, kick ass J2ME support and something they call “WebUI.” 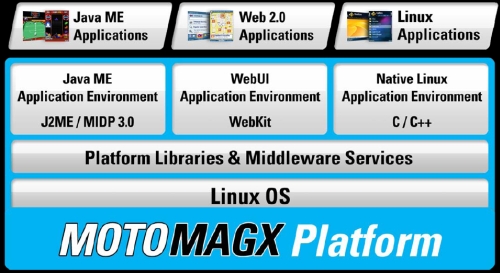 WebUI is a horrible marketing term, just like “Widgets,” but it is essentially the same thing I’ve been talking about for this entire article. It is a way for developers to bring applications and services to market faster thanks to simple HTML, CSS and AJAX and most importantly: WebKit.

Apple didn’t pioneer anything except the user interface of the iPhone and even I have to tip my hat to them for giving the industry a swift kick in the ass, but that is where I stop throwing down compliments and my list of complaints begins.

Yesterday, we've spotted the new project codenamed "Joey" from the creators of Firefox. The main idea seems to bring the...