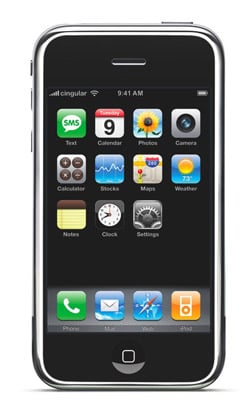 The iPhone launch in Europe is part rumor, part speculation, and a whole lotta anticipation. Apple will be releasing the iPhone in Europe, it’s just a question of when and with which carriers.

Sources close to the situation (we love when reports start off like that) are saying that Apple and Vodafone are in the final stages of hammering out a deal to bring the iPhone to Europe. The source expects an official iPhone announcement in the coming weeks, but only after Apple and Vodafone see eye to eye on a couple of issues.

It seems that Vodafone may not be as willing to bend to Apple’s will as AT&T was – says Gartner Inc. analyst, Ken Dulaney, “We don’t think they want to give up that much control.”

Now that Vodafone and Apple are actually getting down to the nitty-gritty negotiations, we’re just gonna sit back and wait for the iPhone to launch in Europe. Just kidding, we’ll keep you updated, as always.

Ladies and gentlemen we have it confirmed -- Apple can trigger iPhone updates remotely (Knowledge Base article #306272). Natural question...