The well-known name in the headset industry, Plantronics, has just announced its new product – Voyager 855. The distinctive feature of the new headset is that it’s designed for both music AND voice — use just one earpiece for mono voice conversation and the detachable cable to add a second earpiece and stereo support for listening to the music. 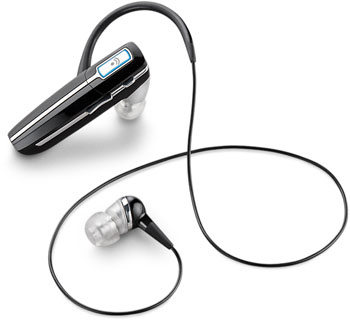 The A2DP profile is on board, as well as the noise-reduction technology, hence you can expect the high-quality sound, Plantronics is known for. The battery should deliver up to 6 hours of talk time and 160 hours of standby.