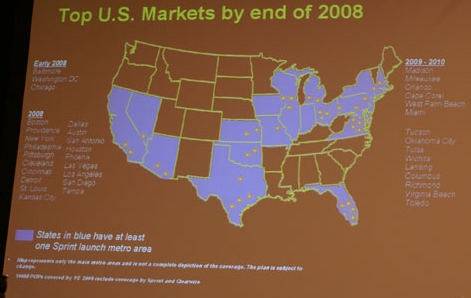 Sprint was at the Intel Developer’s Forum this year showing offing their plans to launch in early 2008, offer a massive roll out during the same year and by the end of 2010 to be in a total of 37 areas around the country. Speeds and prices were not announced, but it was nice of Sprint to say that they are going to take an ISP approach to the service. Will this be the radical change that gives the American wireless industry the swift kick in the ass it needs? This slide sheds some light: 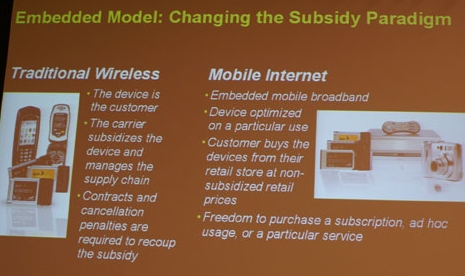 With Nokia already saying they’re planing to create WiMAX handsets and Samsung already producing WiBro (Korean name for WiMAX) devices, this might be the start of something big. I have mixed feelings about WiMAX however. They say where Intel goes the industry goes, but a presentation I attended by Gartner Research at the Mobile Monday World Summit in Helsinki a few weeks ago supported my uneasiness with conclusions that WiMAX will remain niche and technologies such as LTE and HSOPA (both UMTS based) is where the future of the industry is going. We will just have to wait and see.

Unlimited calling? No contract? Sprint says make it so

People don't like signing contracts and Sprint knows this. People also like to talk until their ears bleed and Sprint...