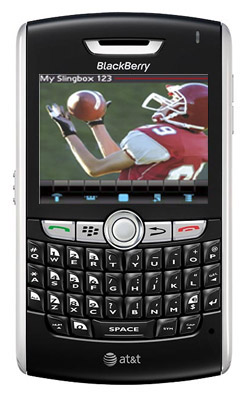 It seems like everyone is getting in on the SlingPlayer Mobile fun. Windows Mobile (both Smartphone and PocketPC editions) smartphones have it; there’s a Symbian client being tested, compatible with the Nokia N95; and even Palm OS, as antiquated as it is, has a SlingPlayer client to boast of. What about Research In Motion’s BlackBerry lineup?

Well, Pocket Lint got some inside information that Sling Media and RIM are working together on a BlackBerry-compatible SlingPlayer client. Stuart Collingwood, VP of Europe for Sling Media told Pocket Lint that they “are working with BlackBerry to develop a software application at the moment.”

So it looks like BlackBerry fans will soon be able to fully unlock the potential of their lonely SlingBoxes. With the SlingPlayer Mobile client for BlackBerry, Sling Media will have all their mobile-bases covered. Well done guys, well done.

Picking a new mobile phone based on features is hard enough without having to figure out what kind of price-points...