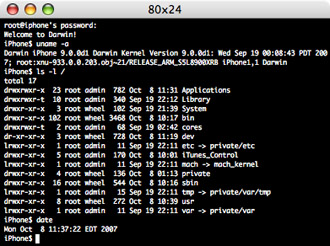 But, the v1.1.1 jailbreak is still in its infancy and the iPhone Dev Team still needs more time to produce a working commercial solution. Those of you hesitant to take the plunge to v1.1.1 and give up all those third-party apps might have a good reason to apply the update in the near future. At least a better reason than the WiFi iTunes Music Store.

The E-Ten and Arima partnership is really starting to bear some high-end fruit. With the launch of the E-Ten Glofish...