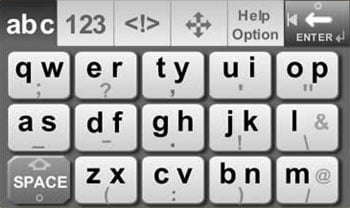 There’s a new iPhone-like virtual keyboard for Windows Mobile devices called TouchPal. However, the main difference from the iPhone’s keyboard is that CooTek — the company that developed TouchPal — uses ROKR-style two-letter-keys for their solution. That being said, I find TouchPal being something in between iPhone’s virtual and BlackBerry’s or Sony Ericsson’s two-letter-keys keypad. In addition, TouchPal also uses the predictive text technology for faster typing.

And now the best thing. It’s available as a free download before December 8, 2007 and it will work on all touchscreen enabled Windows Mobile devices (OS version 5 and 6) with QVGA or VGA screens!

Sounds good to be true? Check out TouchPal demo video after the jump.

Wow, the iPhone Dev Team has really been cranking out the jailbreak developments over the past couple days. It was...