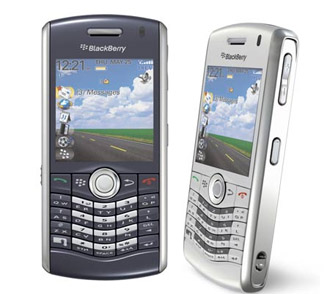 As we expected, Sprint has announced their intent to launch the RIM BlackBerry 8130 Pearl 2 next month. Following on Verizon Wireless’s holiday lineup announcement, the BlackBerry 8130 Pearl 2 will be bringing a built-in GPS, that cool trackball pearl, SureType keyboard (not our cup of tea, but some people like it) and 2 megapixel camera to Sprint’s CDMA network in time for the holiday shopping season.Sprint will be packing their BlackBerry Pearl 2 with its suite of Sprint PowerVision mobile services – Sprint TV, Sprint Music Store, Sprint Navigation, and OnDemand. With EVDO broadband speeds, we should be seeing some good stuff from Sprint’s BlackBerry 8130 Pearl 2.

The launch window still looks good for the Thanksgiving Day weekend, but we’ll just have to wait and see how that pans out. Pricing will be announced at launch.

So, it looks like the FCC has changed its mind on the upcoming 700Mhz frequency spectrum auction again. The regulatory...