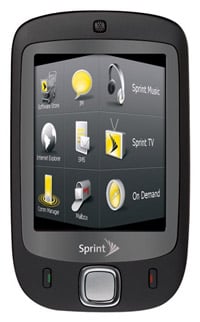 So, it looks like Sprint will be picking up the CDMA version of the HTC Touch (also known as the HTC Vogue) as the, wait for it… Sprint Touch. Touchscreens are the next big thing (cough…told you so…cough), and Sprint’s cashing in on the action. With a 2 megapixel camera, 400Mhz processor, Bluetooth 2.0, WiFi, 3G (EVDO Rev. A, of course), microSD card slot, and that awesome TouchFLO-based Windows Mobile 6.0 Professional OS, Sprint is certainly cashing-in in a big way.

Samsung U470 Juke coming to Verizon on October 19

Well, it's official. The swiveling Samsung U470 Jukemusicphone is coming to Verizon on October 19. The No. 2 carrier has...