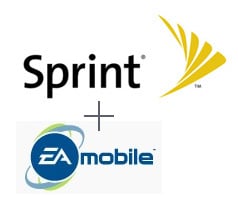 Poor Sprint. They’re always getting the short-end of the wireless-market-stick as the No. 3 national carrier. Their CEO is gone. They just had their WiMAX aspirations knocked down a notch with the recent WiMAX 3G standardization. The whole WiMAX deal is still on the table.

So, now Sprint’s trying to regain lost ground in their core business (you know, that little business of providing wireless service to customers) with a questionable new service – Sprint Arcade. Apparently, Sprint’s betting that a subscription-based model for mobile gaming is just what they need to spur subscriber growth. Sprint Arcade will serve up mobile games from EA Mobile to “most data-enabled Sprint phones” for a $9.99 per month fee. Gaming titles include Sudoku, Mini Golf, Mahjong, Hearts, Air Hockey, and Blue Blocks, with more games promised for future release.

Will subscription-based mobile gaming catch a foothold? At the $9.99 price point, not a chance. We would pay a couple bucks a month (literally, we’d pay no more than $2 per month) for a subscription gaming service – but only as long as the game catalog is up to snuff. Sprint Arcade’s subscription model seems like a viable alternative to paying for each individual game – and should appeal to heavier gamers. But, $9.99 for Sprint Arcade basically seals its fate – which is to say, it’s doomed.

Full QWERTY keyboards are a must for any self-respecting mobile warrior. Be they hard-keys or virtual keyboards, doing any type...