Well, AT&T’s missed it before, and they’ve missed it again. But, could AT&T be on track to release the incredibly sought-after and highly-anticipated Windows Mobile 6.0 Professional upgrade this week (or soon, at least)?

The update was rumored for a release earlier this week, but apparently went back into hiding when AT&T noticed bugs in the update. If the bugs were anything less than system-critical, we’d imagine that AT&T could make the necessary fixes and finally get that update out to eager AT&T-branded Treo 750 owner. 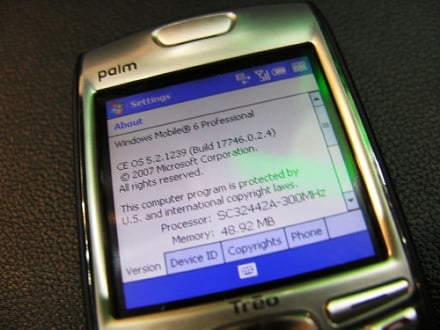 We know, we know. The pain must be unbearable at this point. Why not just go and grab that leaked WM6 ROM and rub it in AT&T’s face? Or, on second thought, it’s probably best not to tell AT&T about your ill-gotten Palm Treo 750 WinMo6 ROM.

Beware, dear iPhone user. Apple has confirmed to PocketLint that US iPhone users can expect to see an iPhone v1.1.2...