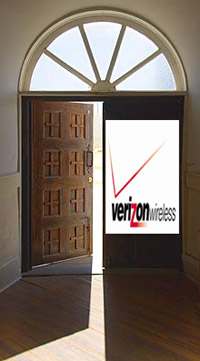 Apple’s iPhone and Google’s Android, as well as the OHA, will and has already profoundly changed the wireless landscape in the US. We’re getting a glimpse of just how radical the change is going to be. Verizon has just announced that it will be opening up its CDMA network to allow any phone and any application to access Verizon’s airwaves in 2008. The announcement marks a radical change in policy from the stodgy CDMA carrier.

Verizon customers will be able to use any wireless device and any application on their network – products not sold by Verizon. The move echoes the OHA‘s “any app, any device” mantra that has garnered a healthy following and support. With Sprint and T-Mobile already on-board the OHA’s bandwagon, and AT&T considering the jump as well, it makes sense for Verizon to revise its stance on network lock-down and allow non-Verizon branded handsets onto its network.

According to the press release, “In early 2008, the company will publish the technical standards the development community will need to design products to interface with the Verizon Wireless network. Any device that meets the minimum technical standard will be activated on the network.”

Verizon is calling their locked-down network a “full-service” offering, whereby the carrier can control all aspects of the mobile experience and offer “full service” to all its customers – we’re going to read “full-service” as “controlled service.” The company claims that most people prefer the “full-service” experience, but will be accommodating the “small but growing number of customers who want another choice without full service.” Right. Only a small group want more choice at the expense of less control.

Still, come next year, fans of Verizon’s network should be seeing a whole new world of handsets and applications open up before them. Now, that doesn’t mean the iPhone is coming to Verizon – the iPhone is an AT&T exclusive that Verizon already missed out on. But, the door’s still open for Verizon pick up any future Apple wireless products. We’re eager to see how this shapes up.