We’re not surprised to see this Nokia 6263 hit T-mobile’s network, but we are excited to see that it’s finally gone live on T-Mobile’s network. You see, the FCC already dropped some little morsels of information on this 3G, 1700Mhz WCDMA handset – we’ve been expecting it for some time now. And, with the launch of the Nokia 6263, we’re left thinking that T-Mobile’s getting set to flip the switch on their 1700mhz 3G network.

The Nokia 6263 is basically a US-spec Nokia 6267, and as such, will be sporting nearly the same internals – 2.2 inch QVGA display, Bluetooth, microSD card slot, and media player. However, the camera loses a few (hundred thousand) pixels – downgraded to 1.3 megapixels 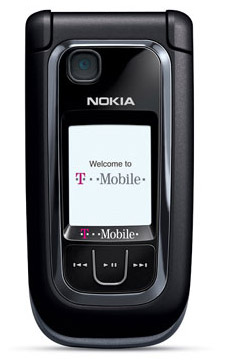 from the Nokia 6267’s 2 megapixel camera. And, the Nokia 6263’s dual-band (850/1900Mhz) GSM radio makes sense for surfing the US airwaves – and is more than enough to work on T-Mobile’s 1900Mhz band. What really gets our juices flowing for this S40 device is the 3G support on the 1700Mhz band that T-Mobile is probably going to launch/announce/do something about tomorrow.

If an S40 feature phone with support for T-Mobile’s 1700Mhz gets you excited, then a quick trip to your neighborhood T-Mobile dealer should be just what you need.

A quick word on Nokia World

I've been in Amsterdam since Monday, not blogging, because this city is amazing and if it wasn't for all the...