My impressions are that Muhummad-oli from Esato forums was right on target when he designed this concept device. I do agree with him that the rumored PSP phone should be the dual-sliding device just like the Nokia N95 or Samsung i450. Just in this case, on slide down user would use a numeric keypad for making phone calls and texting, and on the slide up the gaming control keys would reveal and he/she could start playing games. This way the device would keep the “PSP experience” while seamlessly integrating with the phone functionality. Kinda neat, don’t you think?

Plus let’s not forget that according to Muhummad-oli, the device would also sport the 3.2 MP camera, media player and the wireless Internet connectivity… Check out the full concept design after the jump. UPDATE: We have one more image now. 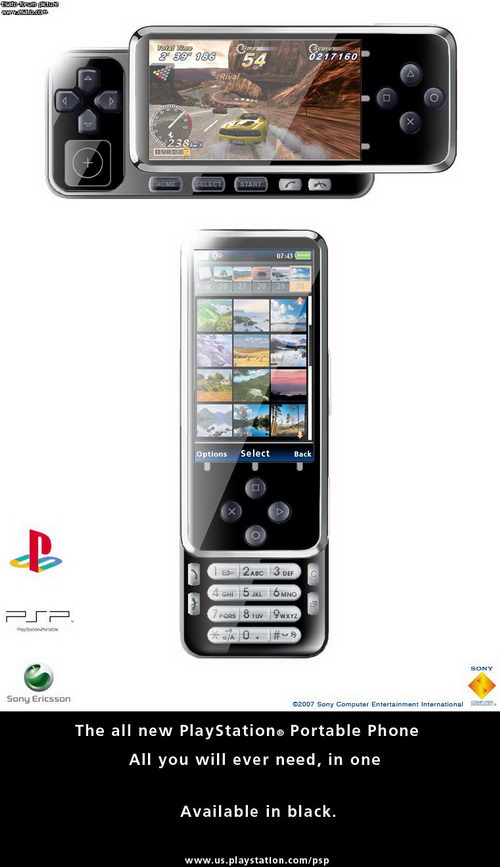