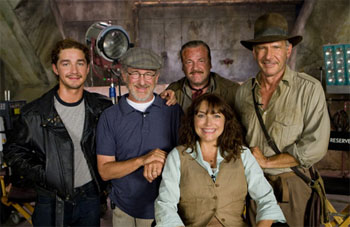 Securing the rights to make Star Wars based mobile games is just not enough for THQ Wireless, they want more. And they got more! Yap, they’ve announced a licensing agreement for Indiana Jones based titles and the first game featuring the famous adventurer and archeologist will be based on the upcoming movie, Indiana Jones and the Kingdom of the Crystal Skull, scheduled to hit the theaters on May 22. Naturally, THQ won’t stop there, hence we’ll see them launching a second Indiana Jones title soon after in conjunction with the launch of LucasArts console game.

We don’t have any screenshots to show you at this stage. But if you look at what they’ve done for Star Wars: The Force Unleashed, you’ll see that we can count on these folks to deliver us a solid entertainment on the go. Finally, and I can’t resist this — THQ, if you need a beta tester for Indy games, err… count me in. 😉

Marc Orchant: father, husband, friend and fellow online blogger has passed away recently. Remember him today and live your life...