The successor to Motorola’s svelte and dated MotoMING A1200 MING PDA phone has been a long time in the making. Motorola’s original A1200 MING was a great idea, but it just never quite captured a significant following in the US – although you can still find some brand-new (albeit years-old) A1200 MING handsets in some cut-rate third-party retailer storefronts. Well, now we’re hearing that Motorola is prepping the successor to the A1200 MING with their new MotoMING A1600 MING 2 smartphone. 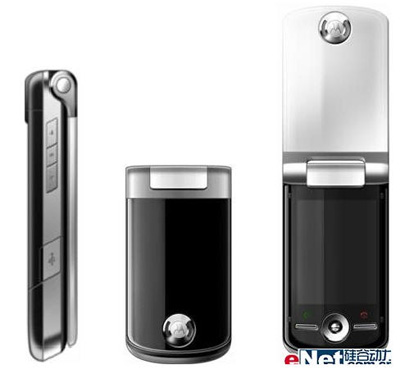 The new A1600 MING 2 will sport essentially the same design philosophy of its forebear, but will be packing in the goods – 3.2 megapixel camera (with autofocus and LED flash), quad-band (850/900/1800/1900Mhz) GSM radio, WiFi, AGPS, talking dictionary (the A1200 was a hit with the Chinese set, after all), and a faster CPU. According to Enet, the new MING 2 will boast a 17.5mm-thick profile and a new Linux-based touchscreen UI. We’ve heard that the MOTOMING 2 would sport some US-friendly 3G frequencies as well, but we’ll just have to wait and see how that rumor pans out.

Word on the street has it that Motorola will be launching their A1600 MOTOMING 2 in February, so the wait won’t be all too unbearable. With 3G, GPS, and WiFi, we’re certainly looking forward to getting a MOTOMING 2 in our hands.

Motorola has been poised to take a 50% stake in Sony Ericsson's mobile OS, UIQ, for some time now. Motorola...