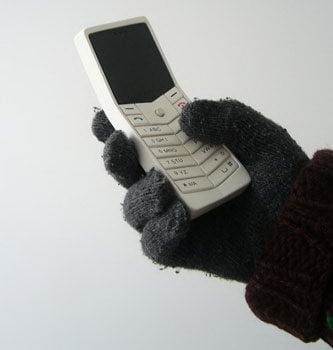 I guess people living in really cold parts of our planet don’t actually represent a significant share of consumers, hence handset makers don’t address their problems. One common problem these people may have is using a mobile phone with their winter gloves. Yap, you need much bigger keys as well as a handset capable to keep working after it was dropped in snow. That seems like the main idea of the Polar phone’s designer, Yuta Watanabe, who made sure the device is large enough, yet kinda compact thanks to its boomerang-like shape. Now, if I remember correctly, Nokia is from Finland and Sony Ericsson headquartered in Sweden. Correct me if I’m wrong, but I don’t envision any Scandinavian country as a tropical paradise. Or to put it in other words — why don’t you Nokia and Sony Ericsson folks make these kind of phones for people living/working in the very north of your respective countries?

LG has sold 310,000 Viewty phones in Europe since launch!

It seems LG has another winner with its Viewty model. According to the Korean company's official release, they've been selling...