Talk about getting off on the wrong foot. The Sprint Rumor, made by LG, has seen launch-delays and stock shortages since before it was even available to Joe-cellphone-shopper. Now, it seems that Sprint has hit another wall with the LG Rumor – leading the struggling carrier to halt sales of the uber-popular handset until the problem is fixed.

The Sprint LG Rumor was apparently shipped with a less-than-finalized version of the firmware. Engineers use a special debug command that is built into the firmware’s boot-up process. Unfortunately, this debug mode was left intact and accessible by Joe-cellphone-shopper with a combination of key-presses during the startup process. Even more unfortunate is the fact that this debug mode causes the firmware to self-destruct and wipe itself clean from the phone’s onboard memory – requiring nothing short of a trip to the factory for repairs/reflashing. 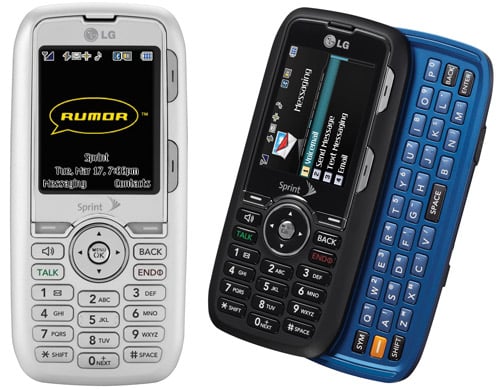 Sprint has stopped selling the LG Rumor until the problem can be fixed and applied to its stock of Sprint LG Rumor handsets. Current LG Rumor owners can expect an OTA (Over-The-Air) fix once Sprint and LG have plugged the hole in the current firmware.

Sprint had better get and stay on top of this issue right quick. The LG Rumor has the potential to boost Sprint’s subscriber numbers, but only if they can keep the handset stocked and problem-free.

The boys over at Engadget Mobile spotted this interesting advert on Yahoo! today. Like so many yuppy mid-lifers that have...