What is this? One side of the story claims that negotiations are dead, the other side says that the “rumors” of iPhone-talk breakdowns are just not true.

Steve Jobs told CNBC‘s Jim Goldman that Apple is still very interested in bringing the iPhone to China (of course they are, China’s population is huge!), and that rumors of rocky negotiations are just false. Apparently, the extent of Apple and China Mobile’s iPhone-related talks has been limited to a single visit from a lowly China Mobile representative – a marked departure from reports of struggling, ongoing talks. 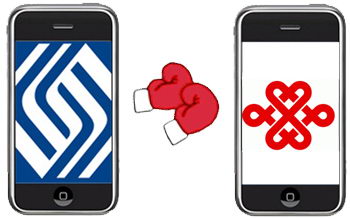 We’ll have to wait and see what happens in China. With China Mobile and China Unicom both being courted by Cupertino, we’ll most likely see a Chinese iPhone soon.

PumpOne, the company that is known for its workout videos for the Apple iPod, has recently launched a new service...