Did Apple (or someone with the right connections) leak the iPhone application SDK key?

Well, according to those that know more about iPhone development than us, the code you see below is the official iPhone application SDK key.

The key was apparently going to be used to authenticate official third-party applications that were developed using the official iPhone SDK. But, now that the key has hit the ‘nets, we’re sure that Apple will be coming up with a new key when the SDK launches – which is to say, next month. 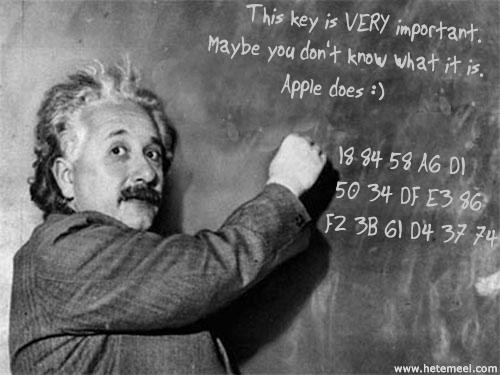 Let’s see what happens next month.

In an apparent effort to spur sales of the iPhone in the UK, Apple's iPhone partner, O2, has announced that...