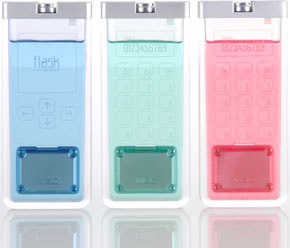 While NEC’s Flask Phone might not help you smuggle any reasonably-priced alcohol into that kitschy nightclub in West Hollywood, it’ll help you save the environment one handset at a time.

The NEC Flask Phone features a large liquid-reservoir that holds the precious “fuel” that is converted to electrical juice. Without the need to recharge the device with electricity, NEC’s Flask Phone should reduce your carbon footprint a bit.

There seems to be a “recharging” port on the bottom-end of the fuel-cell, possibly allowing for the liquid-fuel to be re-filled when needed. Just don’t open up the fuel-cell and take a swig. 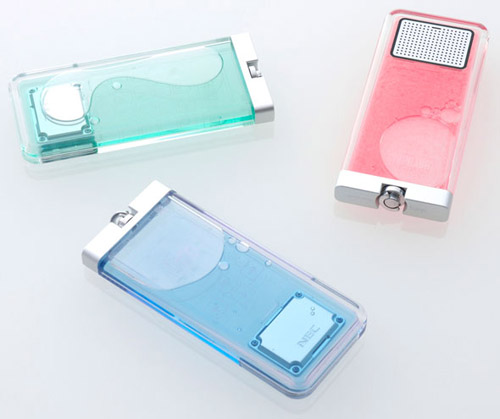 NEC says that they’ll be releasing the liquid-powered handset sometime in 2008 with a touchscreen. We’d love to see this handset hit the US, but chances are we’ll only dream of a fuel-cell handset in 2008.

Sony Ericsson announces W61S and W62S in Japan; Rest of the world cries

Sony Ericsson is one nasty company. They keep all their best products for Japan. It's like they don't want to...