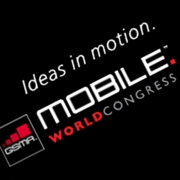 LG just announced the KT610, an HSDPA and GPS equipped QWERTY device running S60 3rd Edition Feature Pack 1. They haven’t released any images and the only things we know is that the screen is 2.4 inches and flips. Who on earth decided to release a press release without images?!

Update: After you read a million press releases you tend to skip words since they’re usually the same. I shouldn’t have done that in this case, Steve from All About Symbian noted that this device has a VGA (640×480) resolution screen! Certainly hope that isn’t a typo.

Meet Saara, the new face of the S60 blogs

Phil is out, Saara is in. If you're into S60 you know who Phil Schwarzmann is, he was the former...