The Nokia 6124 and 6650 have been announced at CeBIT, with one twist, they’re locked to operators. The 6124 is for Vodafone, the 6650 is for T-Mobile. I’m sure this is as upsetting to you as it is to me, but knowing Nokia, like the 6555 which was exclusive for AT&T, these devices will have unlocked versions hitting the market after the exclusivity contracts expire.

The 6124 is a 6120 Classic with a new face. Same 2 megapixel camera, monoblock form factor, same 2 inch QVGA screen, funny typo in the press release too: “Available exclusively for Vodafone customers world-wide, the Nokia 6124 classic features superior data rates with 3G broadband offering downloads up to 10 times faster than 3G networks.” Coming out in Q2, no word on pricing 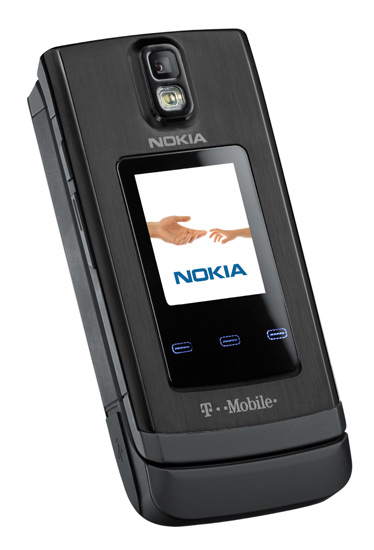 The 6650 is a 6290 with a new, sexy as hell body and AGPS! Otherwise same 2 megapixel camera, clamshell form factor, 2.2 inch QVGA screen, coming out in Q3 for only 1 euro in conjunction with the 100 Flex plan, whatever that means. [High Resolution Images here]

I’m all for a company making money and deals like this should not be spoken about in scorn, but I can’t help but feel the irony since this is the same company who started an “Unlocked” campaign in America by taking out 2 full page ads in the New York Times. Is Nokia trying to make the states play by the liberal European rules and the Europeans play by the asinine American rules? What do they hope to achieve by this, total market confusion?

Oh and one more thing that bugs me about press releases like these, zero specifications. I wish I could tell you the weight, dimensions, etc, of these devices, but I can’t because I simply do not know. I can gather that they both run S60, can’t tell you what version however, hoping it is 3.2.

I'm quite sure I haven't seen more useful cellphone strap than this one. The simple strap is basically an adapter...