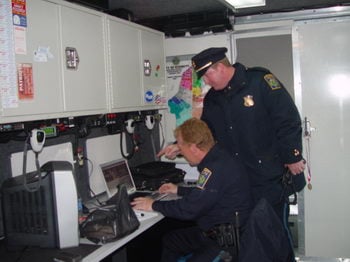 Police in New Zealand are seeking a change in the law to compel the mobile operators to archive text messages sent through their networks so that police could study an “audit trail” of messages sent for crime fighting purposes.

Previously New Zealand’s police has been able to go into phone records once they have obtained a search warrant and apparently these have been important in helping solve serious crimes. Police Association president Greg O’Connor denied that there would be any breach of privacy as the police would still need a court order to access the archived messages.

At the moment Vodafone Australia doesn’t store any SMS, and Telecom has said that it plans to stop storing them by the end of this year. New Zealanders send some 640 million text messages per month.

Using a mobile phone while driving as dangerous as being drunk

According to a new Carnegie Mellon University's study which was published in the latest issue of the Brain Research journal,...