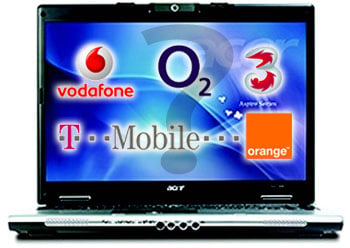 It’s an interesting idea when you think about it. With its huge buying power mobile operators could drive laptop sales through the roof while getting more mobile data users at the same time. The problem is that with an exception of Apple and Sony, most computer makers have razor-thin margins, giving them little space to slash prices further, even if the buyer is as powerful as Vodafone or T-Mobile. On the other hand, mobile operators may just want to use laptops as a sales tool and subsidize them to get more people to use data services. It’s not unimaginable that in the near future some carrier starts offering Asus eeePC like computer for free with an appropriate plan. As a matter of fact, according to Pyramid Research’s recent report, some carriers are already selling laptops — Russia’s MTS, Telefonica’s O2, T-Mobile, Orange, Vodafone and PLDT all sell laptops in some of their markets. Is this a new trend or what? What do you think?

Women burns 400 mobile phones worth $42,000; Gets arrested, banned on IntoMobile

We all understand when people get upset because something's not right in their lives. However, why oh why, would someone...