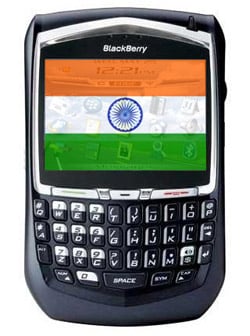 It might seem like more of an added security benefit for BlackBerry users to have their emails encrypted prior to transmission, but the Indian government apparently doesn’t see it that way. They’ve reportedly asked RIM for access to the encryption keys in order to make incoming and outgoing emails legible to government security agencies. The Indian snoops have given RIM until the end of March to comply and open up access to their email encryption algorithms. RIM’s BlackBerry service faces termination if those precious algorithms are not handed over.

In an effort to prevent the BlackBerry service from going black in India, representatives from RIM, other wireless companies in India, and Indian security agencies will be meeting on March 14th to discuss the issue.

For the sake of BlackBerry addicts in India, let’s hope that the Indian government and RIM can come to terms on email security. Otherwise, India might just be the most short-lived BlackBerry market to date.