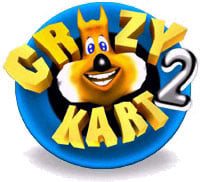 According to Int13, the game which was originally created for Windows Mobile and Symbian platforms, was not too hard to adapt for the Apple iPhone, though they are still evaluating alternatives like tilt control and landscape display support.

Finally, the Int13 folks are already planning a sequel with a full 3D accelerated engine that will be specially designed for Apple’s handset. In the meantime, stay tuned for July when CrazyKart 2 is scheduled to be released… A demo video follows after the jump.