If the threat of a ticket and fines from your local courthouse aren’t enough to get you stop using that mobile phone while behind the wheel, perhaps the threat of lightening your wallet will get you to use a handsfree solution.

UK-based Allianz Insurance has announced that it will start treating insured motorists with convictions for using their cellphone while driving in the same manner as reckless drivers. The insurance firm had previously treated the infraction along the same lines as a routine speeding ticket. 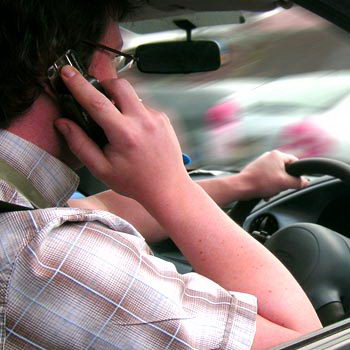 Kevin Clinton, Head of Road Safety at the Royal Society for the Prevention of Accidents (RoSPA), said, “We hope this tougher stance against drivers using a mobile phone while at the wheel will persuade more people to switch off their mobiles when they get into their cars and not switch them on again until they are parked safely.”

We’ll have to wait and see if any other insurance firms pick up on Allianz’s lead and start increasing premiums on motorists that just can’t seem to get hang of that whole Bluetooth speaker/headset thing.

Just as expected, T-Mobile has made the BlackBerry 8120 Pearl officially official on their network. With WiFi in tow, the...