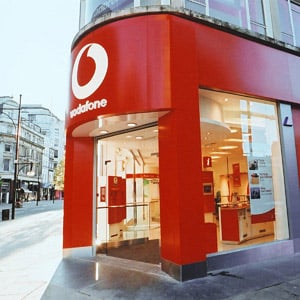 The near-term future of GSM-based mobile broadband is LTE (Long Term Evolution). With LTE in tow, GSM carriers can stay on top of the wireless data-game by offering 4G data access to its customers. Unfortunately, the world’s largest wireless operator, Vodafone, has announced that it does not intend to make haste in bringing LTE to market. Citing various intellectual property and technical issues, Vodafone CEO Arun Sarin says that Vodafone is in no hurry to adopt LTE technology. And, with 3.5G HSDPA networks already deployed and serving up higher data speeds in Europe, Vodafone doesn’t see any urgent need for 4G LTE data speeds.
Vodafone will eventually launch their LTE network in 2011 or 2012, but says that Verizon Wireless had best put on their game faces and get to rolling out their LTE network in the US. Verizon’s current CDMA-based EVDO data network isn’t going to keep up with the 3.5G HSPA speeds that all other GSM carriers will be using in the ramp-up to LTE. As such, Verizon will need to get on the LTE boat as soon as possible if they want to stay competitive in the wireless data game. As it stands, Verizon is planning their 4G LTE network for 2011. But, with WiMAX-based XOHM from Sprint and 3.5G HSPA from AT&T breathing down Verizon’s back, Verizon might want to put rush order on LTE.

With the iPhone's on-screen keyboard providing more than enough speed and convenience for everyday text input, why would anyone want...