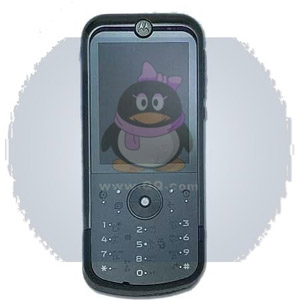 We already know that Motorola is working on a 5 megapixel monster with a Kodak shooter. The Motorola MotoZINE ZN5, as it’s called, is already known to be sporting a Montavista Linux OS, 5 megapixel Kodak branded camera, and the Morph keypad that we see in the Moto ROKR E8. But, we haven’t had a clear picture of what the Motorola ZN5 would look like.

That’s all changed with this latest picture of the MotoZINE ZN5, thanks to the folks at QQ. The Morph keypad is clearly visible in this shot, and it’s looking slightly awkward.

Still, seeing as how this 3G-less handset is going to be an Asia-only job, it doesn’t matter what we think.

Alcatel is looking to bring hardware to the US through O2 Wireless (not to be confused with O2 in the...