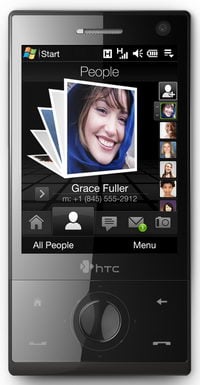 I think we all (or at least most of us) agree the newly announced HTC Diamond rocks. It’s not just the look of the device — it’s also the specs (gorgeous VGA screen) and that ultra-cool UI that makes me want one. So I wasn’t surprised to learn HTC plans to sell 2 million of these this year. As a matter of fact, they already got Taiwan-based Chunghwa Telecom — which BTW plans to sell a total of 200,000 HTC smartphones in 2008 — to order about 20,000-30,000 Touch Diamond handsets.

And if Taiwanese mobile operator wants 30K units, how much will be enough for Vodafones, Oranges, T-Mobiles, AT&Ts and Verizons of the world? For the record, Taiwan has a population of about 23 million people.

HTC has shipped a total of 2 million HTC Touch smartphones and pushing the same number of Diamonds doesn’t sound like a problem. Any thoughts?

Orange gets iPhone distribution rights for about a dozen markets